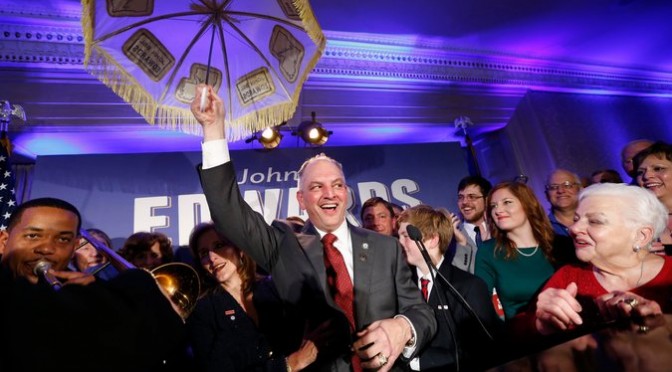 Edwards, a pro-life, pro-gun Democrat, will replace term limited Republican Governor Bobby Jindal. Although it is a loss for Republicans, it isn’t a loss for conservative values. In that sense, I’m OK with that. If Vitter was their best choice, or only choice, then the Republicans had it coming.

The election serves as a wake-up call to the DNC and President Obama. And that is, not all Democrats are mind-numbed robots, carrying the water for the Party. The mainstream media certainly won’t make the same observation. Question is, will they even mention that this Democrat won by running like a Republican?