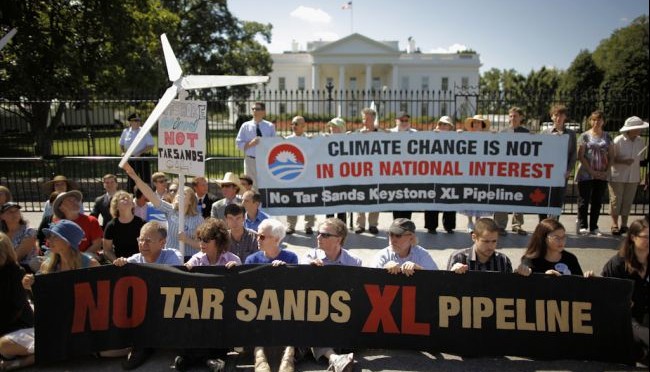 Moving right along to govern against the will of the people, President Obama, and his sidekick Sec. of State John Kerry, rejected  the largest energy-related infrastructure project in decades, the Keystone XL pipeline.

What the media calls a victory for “the greens,” the American people call a government that operates for special interests who put dollars in campaign coffers. Which is why Gallup comes up with this, “Americans Name Government as No. 1 U.S. Problem.”

Despite the State Department’s own environmental impact study which says having the XL Pipeline will reduce carbon emissions compared to not having it, President Obama turns out to be against it for political reasons instead of for it for economic and scientific reasons. (It’s what community organizers do.)

Canadian tar sands are likely to be developed regardless of U.S. action on the pipeline, the report said, and other options to get the oil from Canada to Gulf Coast refineries — including rail, trucks and barges — would be worse for climate change.

Since this oil is going to be extracted anyway, what is to gain by not allowing the XL pipeline? That’s easy, it will be carried on Warren Buffet’s (Obama contributor and activist) railroad, with the exploding trains instead?

And did I mention that the American people think government is the number one problem? And who’s been in charge again?