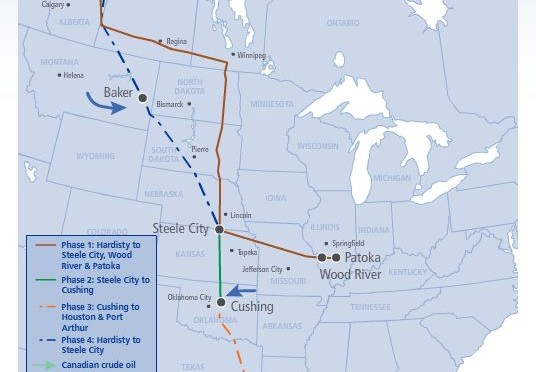 President Obama announced today that he is opening up some areas for oil and gas development. Some in the Gulf of Mexico, some in the Atlantic. Alaska, not so much. Alaska needs more study. ‘More study’ is political-speak for ‘it ain’t gonna happen.’

Nevertheless, the President seemed to echo what he said in his State of the Union Address in January.

But to create more of these clean energy jobs, we need more production, more efficiency, more incentives. And that means building a new generation of safe, clean nuclear power plants in this country. (Applause.) It means making tough decisions about opening new offshore areas for oil and gas development. (Applause.) It means continued investment in advanced biofuels and clean coal technologies. (Applause.) And, yes, it means passing a comprehensive energy and climate bill with incentives that will finally make clean energy the profitable kind of energy in America. (Applause.)

But the bottom line is this: given our energy needs, in order to sustain economic growth, produce jobs, and keep our businesses competitive, we’re going to need to harness traditional sources of fuel even as we ramp up production of new sources of renewable, homegrown energy.

Don’t think for a minute that the President is serious about drilling. Just like he isn’t serious about nuclear energy. Seen any new refineries being built? Seen any new oil drilling going on? Seen any new nuclear plants being built? NO! What we have seen is ANWR and Bristol Bay being held hostage, and the closing of the Yucca Mountain Nuclear Waste Repository. With no place to put nuclear waste, how many new nuclear plants will be built?

Today’s show at Andrews Air Force Base was a political rope-a-dope. His goal is far from using and getting more of our own energy resources. His goal is cap and trade legislation that will do exactly the opposite of what he said he wanted to do today. It will kill economic growth and jobs, depress business, and raise costs. We will pay more for electric and all other products because of tax pressure put on the industries that produce them. And in the end, the redistribution of wealth in the name of social justice.

NPR is trying to make sense out of Obama’s statement. Here’s what they came up with . . .

Much of the speculation for the administration’s reasoning has been on the need to get Republican votes for Obama’s climate legislation. Sens. John Kerry (D-MA), Lindsey Graham (R-SC) and Joe Lieberman (I-CT) are trying to hammer out a bipartisan climate bill, but Graham is getting no GOP backing on this, and Graham himself has said that he couldn’t support a bill that “doesn’t have off-shore drilling in a meaningful way.”

He is repeating his SOTU line in order to get support from Republicans for his cap and trade agenda. Combine this with Obamacare and the American Dream will be history. America will have its newest founding father.

Now consider this. The above article was posted 5 years ago. Have you noticed any progress? Have you noticed his words turning in to action? Now in the beginning of 2015, President Obama is refusing to give the go-ahead for the Keystone XL Pipeline.