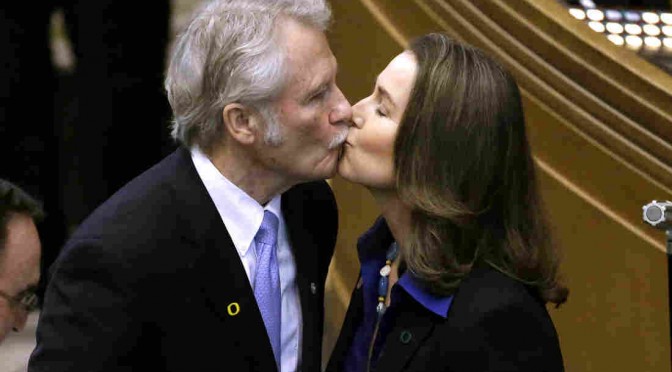 For some reason, I don’t know, don’t really care, the governor of Oregon has resigned. The AP has a story on it now. Came out an hour ago.

Guess which political party the Oregon governor is affiliated with? Look at the pictures where his name is mentioned. Don’t see the party label there where you would expect to see it following his name.

I’m thinking this guy must be a democrat, that’s why there is no party label.

This is a sad day for Oregon. But I am confident that legislators are ready to come together to move Oregon forward,” said Brown, also a Democrat. Unlike most states, Oregon does not have a lieutenant governor. The secretary of state is next in line to succeed the governor.” Way to go AP.

This is characteristic of the mainstream media. They will go to any length to limit damage to democrats. The reverse is true for republicans.

The back story is that four-term Democratic Gov. John Kitzhaber has increasingly found himself in a politically precarious position over an influence peddling scandal involving the state’s first lady Cylvia Hayes.

The “back story?” If that’s the back story for his resignation, then what’s the story?