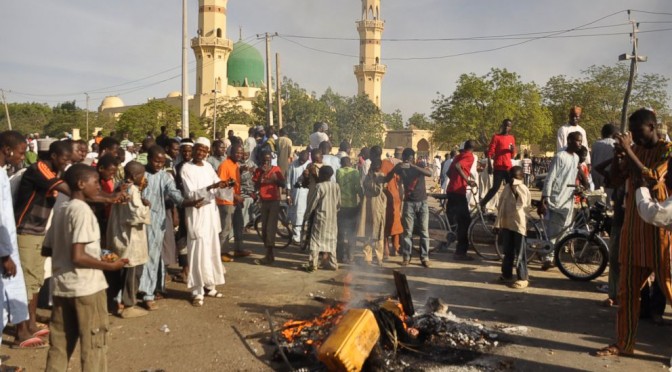 I’m not hearing any outcry for destroying the Koran’s in these Mosques.

This is Boko Haram. The Islamic terrorist group that is flourishing in Africa. The war on Islam is being perpetrated by Islamists, not Christians.

Check out the Boko Haram News for more of their terrorist attacks.