Why do you think Democrats don’t see a problem with voting registration and voting laws? Why do they rile at the thought of a requiring a picture ID to vote? Why wouldn’t they want to join Republicans to take steps to keep your vote sacred, and not negated by someone ineligible to vote? Here are two reasons.

The pro-amnesty Hispanic activist organization the National Council of La Raza helpfully promoted a Washington Post article explaining which states people can vote in without having to use a photo ID.

Then there are Democrats telling “illegals” that they can vote. And not just campaign workers, candidates themselves. No problem.

Especially when elections are close, as the country is closely matched on both sides by political party affiliation, it doesn’t take much fraud to alter the outcome. That’s why, from the White House and Justice Department on down, there is no emphasis on stopping voter fraud. The moral standards for Democrats are different.

And if you have to cheat to win, that’s OK. That’s why. 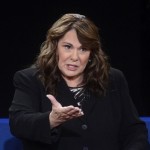 Candy Crowley, Anderson Cooper, and other CNN faces are not available now to 14 million Dish Network customers thanks to a carriage dispute.

“Thank You” carriage dispute!  What this means to CNN is that their cable ratings are (like MSNBC) down to friends and relatives. What this means to me is I’ll have to find another network “cold shower” to look at now that Candy Crowley isn’t available.