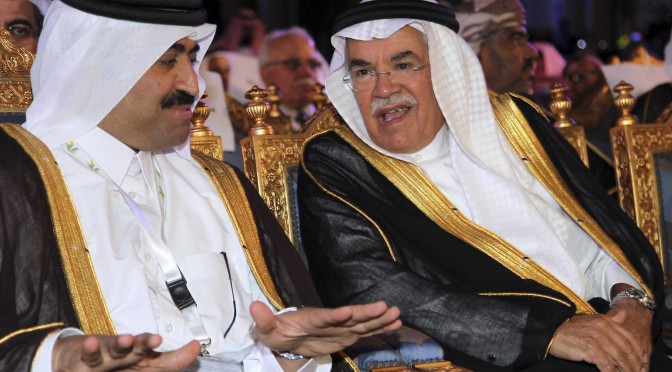 During the Bush administration, when gas prices were climbing above $3 a gallon, the Democrat leadership was accusing “two oil men in The White House” for gouging the American people.  And, any suggestion that supply and demand was at work brought out the  economic deniers.

Now that gasoline prices at the pump are falling, where is the media giving credit to President Obama? If the president can increase the gas prices, he can also decrease them.

To be sure, gas prices are falling. The answer is, the president does not want gas prices to fall. That is why the administration is not out there taking credit for it. It could, however, take the blame for it. Watch for this president to somehow support OPEC to get prices back up.

The drop has been driven by a boom in shale production in the United States as well as weakness in some major world economies, causing supply to outpace demand.

Include the United States as one of those “major world economies causing supply to outpace demand.” Demand weakens when you stop driving to work, or take fewer trips in your car, because you do not have a job to drive to.