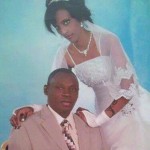 I’m convinced that Islam is a completely insane religion that turns people into animals. Don’t hold your breath waiting for the local Imam to condemn this. It’s not going to happen.

If Islam was a civilized religion, its leaders around the world would put an end to this. Shun the animals, and teach tolerance. Not just for religion, but for women who are no one’s property. But no. There is no visible pushback for any of this barbaric behavior. Sharia law or no Sharia law. It’s barbaric, it’s uncivilized, inhumane to women, gays, and everyone else they call “non-believers.”

Sudan has a majority Muslim population, which is governed by Islamic law. “We gave you three days to recant but you insist on not returning to Islam. I sentence you to be hanged to death,” the judge told the woman, AFP reports.

All Muslims should be openly offended by this phony war on Islam crap. It’s the same war that Islam has waged against Christians and everyone else for centuries.