In the order of ‘no good deed goes unpunished,’ the Atlanta public school system was found to be cheating on tests that

are supposed to measure whether it met the federal No Child Left Behind law. Schools with good test scores get extra federal dollars to spend in the classroom or on teacher bonuses. What is meant to benefit the children, was abused and used and exploited by the school administration and teachers union employees.

Juwanna Guffie was sitting in her fifth-grade classroom taking a standardized test when, authorities say, the teacher came around offering information and asking the students to rewrite their answers. Juwanna rejected the help.

“I don’t want your answers, I want to take my own test,” Juwanna told her teacher, according to Fulton County District Attorney Paul Howard.

The ringleader in it all was Atlanta superintendent of public schools Beverly Hall. Ironically, Hall was the 2009 Superintendent of the Year at the American Association of School Administrators’ National Conference on Education in San Francisco.

All of the people named in the indictment face conspiracy charges. Other charges in the 65-count indictment include false statements and writings, false swearing, theft and influencing witnesses.

When the children are supposed to be the priority in our public schools, Dr. Beverly Hall and 34 other so-called educators go a long way to make the case for school vouchers. It is union employees like those who need to be left behind. Not our children.

Here’s one for the record books. Where the U.N. Arms Trade Treaty is concerned, aside from gun rights advocates, the NRA, and

constitutionalists being against the U.N. arms ban, North Korea, Iran, and Syria are also against it. Albeit for different reasons.

Dionne Warwick, the singer and actress who was a regular at the top of the Billboard chart for four decades, owes more than $10 million in back taxes and has only $10 left at the end of each month after paying expenses, according to a petition filed in U.S. Bankruptcy Court in New Jersey last week.

It is amazing that allowing qualified people on a school campus to carry a concealed weapon should even be controversial. But the “gun free zone” hysteria makes it so. At least one school district in Colorado has the good sense to be responsible in protecting their campuses.

The seven-member school board in southwestern Colorado’s rural Dolores County voted unanimously in February to allow Ty Gray, principal of Dove Creek High School, and Superintendent Bruce Hankins to double as security officers, who under state law are allowed to carry guns on elementary, middle and high school campuses.

If taken on his word, you should be feeling that everyone that wanted a job now has one. And over 14 percent unemployment (U-6) is the new normal. That’s because President Obama told us how he would not rest until that was done.

He has been under a lot of criticism for his many vacations and golf outings over the course of his first term. Living the high life while people are losing their jobs and moving back home with their parents. His second term isn’t any better. In fact, it’s worse. It is this “in your face” arrogance that Barack and Michelle have exhibited that reminded me of a term that I had not thought of or heard said in a long time, while The White House (the people’s house) has to be closed for lack of money, that seems to fit this President.

I consulted the urban dictionary on this and half expected to see Obama’s picture there. For all who are quick to yell “racist,” you should know that this term is not race-specific. It describes the behavior, not the skin color. They, by any way you want to measure it, come in all colors. OK?

I’m kind of at a loss for words on this story, except may God bless Officer Fox’s wife, their daughter and newborn son.

If you think increasing spending on education is just “for the children,” you would be mistaken. No

matter what the figure you see published about the spending per student is, you can add about $1000 to that, per student, if you include teachers pensions. Regardless of whether they are funded or unfunded. Can you say “transparency?”

Link: Revealing What States Are Hiding 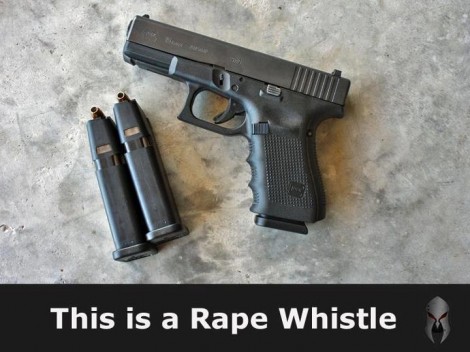 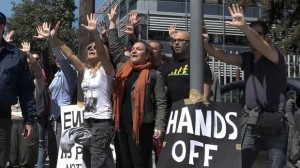 Fascinating interview this on the March 17, 2013 edition of ABC’s “This Week” with House Speaker John Boehner (R-OH), on two counts. 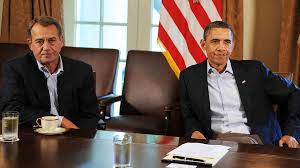 First is the headline, “House Speaker John Boehner says he ‘absolutely’ trusts Obama, trying to bridge differences.” I guess the qualifier is the “trying to bridge differences” part. But I’d really like to hear Boehner define that in his own words. For example, what basis do you have to trust President Obama after he said that the Affordable Care Act would not add one dime to the deficit and to the national debt? It was the president himself who said that he would not sign the Affordable Care Act if it would add a dime to the deficit. That’s just two examples, but there is a laundry list of similar cases where the words are 180 degrees from reality. Just where does this basis of trust come from Mr. Boehner?

Next in the theater-of-the-ridiculous is that Obama and Boehner agree that the country doesn’t have an immediate debt crisis. Boehner says a debt crisis does loom in the years ahead because entitlement programs are not sustainable if they aren’t changed. Once again, I guess it all depends on what the meaning of “immediate” is. The Associated Press apparently doesn’t have a clue, or independent thought on the subject either. They just report what “some conservatives” say. What it means to each of these two is the crisis won’t happen until I’m out of office (if not Speakership) so it may as well not exist. It also means that they, unlike House Budget Committee chairman Paul Ryan, don’t have the intestinal fortitude to tackle the problem before it becomes a crisis. When the fix will be more painful. The lack of leadership in both of them is astounding. I am reminded of a line that James Carville said about then presidential candidate Hillary Clinton and candidate Obama; ‘if Hillary gave [Obama] one of her balls, they’d both have two.’