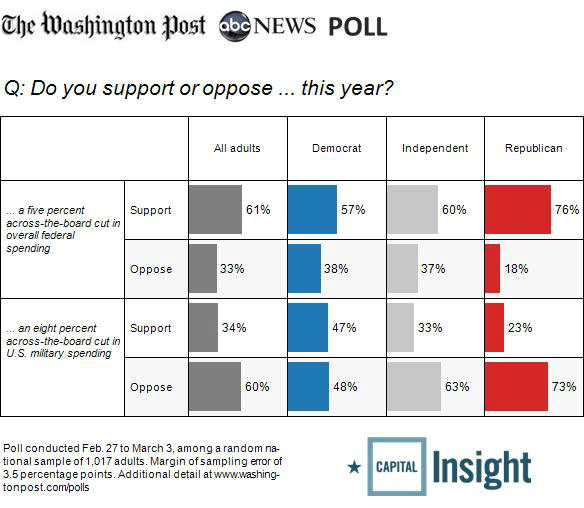 In describing President Obama’s behavior last week, it brought me no pleasure to say that my president is acting more like a bully and

pussy, than a leader and a president, while he demagogued his sequester plan. Two days ago, he validated it by announcing the ending of tours in The White House, the people’s house, and blaming it on the sequester.

Due to staffing reductions resulting from sequestration, we regret to inform you that White House Tours will be canceled effective Saturday, March 9, 2013 until further notice. Unfortunately, we will not be able to reschedule affected tours.

We very much regret having to take this action, particularly during the popular spring touring season. For updates regarding this situation, please contact the White House Visitors Office 24 Hour Hotline at (202) 456-7041.

Who is most affected by that childish move? Children, families, and school students on class trips to D.C.. Making the most of this manufactured crisis, President Obama sticks it to, and uses as pawns in his political game, the children.

Ri….ght!  This, while Chavez’s chosen replacement, Vice President Nicolas Maduro, a 50-year-old former bus driver and union leader (yeah, that’s about right), is telling Venezuelans that the cancer that Chavez died from was given to him by the United States. Just like, he says, they poisoned PLO leader Yasser Arafat. It’s ridiculous for Maduro to say that, and even more ridiculous that anybody believes it. The sad thing is, a lot of Venezuelans believe it. The effectiveness of this kind of propaganda has to be the envy of President Obama. But he’s not doing so bad himself. He got re-elected, and after 5 years in office, in the eyes nearly half the population, he manages to not carry the blame or responsibility for the sorry state of our country. Masterful.

I have a suggestion for who to send to his funeral. Dennis Rodman. And have him present Maduro with an autographed picture of Barack and Michelle. Or maybe Barack could autograph the pic with he and Hugo in a lip lock?

I’m feeling pretty confident now that after tomorrow, the third day, he’ll still be dead and Venezuelans will turn that ship around.

Just a typical week in America? That so-called political correctness and the phony separation of church and state and academia is not playing its own role in the breakdown of society is not even debatable any more. Is it?

I mean, it’s not like they are sending out suicide bombers to kill non-believers or anything.

Venezuelan President Hugo Chavez, the ruthless communist dictator and master over poor people, has succumbed to cancer at 58. Affectionately referred to here as the hemisphere’s idiot, the good Venezuelan people will now at least have a chance to change Venezuela from the impoverished communist nation that he built, into an economic power that the oil and mineral-rich country can be. Whether the reform party can actually have a fair election with the state-controlled media is another matter.

Venezuela has been the socialist/communist anchor in South America, and an ally to countries hostile to America like Iran, North Korea, Putin’s Russia, and Syria. His death just makes a sea change in attitude and political philosophy now possible. If there are block parties in celebration of Venezuela’s new-found potential in Venezuela, you won’t see them reported. There is one here.

funding to the consumption tax. The move, he said, could make Georgia more competitive with places like Florida and Tennessee, which do not charge an income tax.

“I’ve always believed we should tax consumption instead of production,” Shafer said, echoing the argument for the federal FairTax, which U.S. Rep. Rob Woodall has advocated since taking over for the original sponsor John Linder after his retirement from Congress.

President Obama had no problem raising everyone’s taxes 2% in January 2013. And like responsible adults who don’t want to continue to raid Social Security, we deal with it. But for him to cut an increase by 2.4%? No way, it will create unimaginable hardships. Hardships he created by the way. He is behaving more like a bully, and pussy, than a leader, and president. If the shoe fits . . . and this shoe fits.