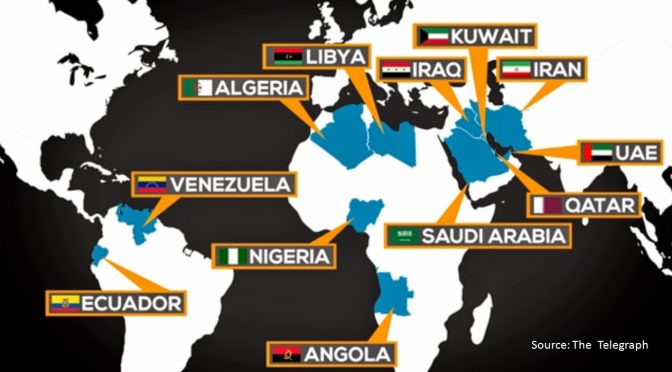 Ever since the long gas lines of the 70’s and the invention of the Department of Energy under Jimmy Carter (which proved to be an exercise in futility), Americans have been held hostage to OPEC in the prices they pay for fuel.

Finally, having the will to use the energy potential we have,  the

United States can shift from being an energy buyer to an energy producer-seller. And OPEC doesn’t like the new competition.

Thanks to the Trump administration’s opening up of our own energy resources with the goal of energy independence, the global energy market has changed.

Nothing against OPEC, but it is they who have to adjust to market pressures. As for the United States? It’s America first.