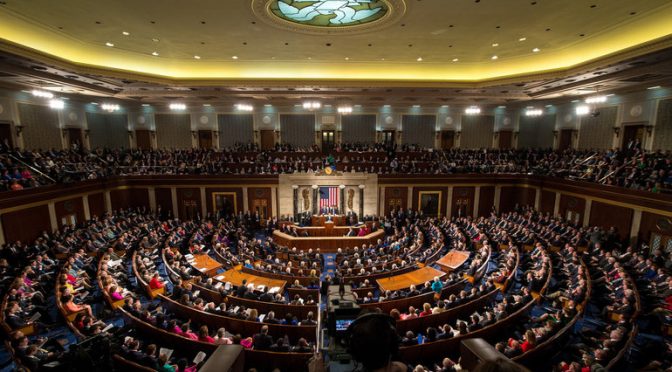 This doesn’t qualify as Fake News. It’s more like the news playing cheerleaders for Democrats. And it couldn’t be more obvious from what CBS radio news is peddling today.

In advance of President Trump’s speech tonight before a joint session of Congress, CBS radio news is positing the question, how much the president will accommodate Democrats in their agenda? Not even giving a thought towards the opposite, like, how much of Trump’s agenda will Democrats endorse? Remember, to get things done, end the gridlock, and do the will of the people?

The premise with the media v Republicans remains the same. In that, the media continues to dig their own hole.

As for Democrats? Republicans are the ones to compromise their positions, regardless of whether they win or lose an election. From the beginning, when Trump enters the Chamber, to the end, the Democrats present will show you, emphasis on show, how much respect and how far they will go to change their views or (losing) agenda.