Well who knew that the Bureau of Economic Analysis would not be dealing straight with the folks when they come out with their economic reporting? After month after month of the administration telling us we are in recovery mode, the folks are still asking ‘where are the jobs?’

Turns out, not only is this a jobless recovery, but a recovery-less recovery too! Looking around, you don’t need Ezra Klein writing in the Washington Post to tell you that. But he did . . .

Keep a sharp eye out to see if the rest of the legacy media jumps on this story. But don’t hold your breath. 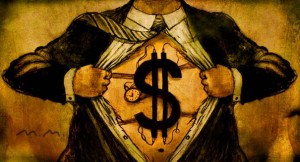 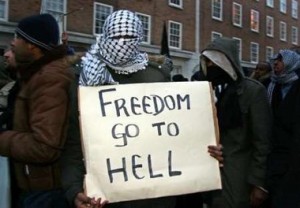 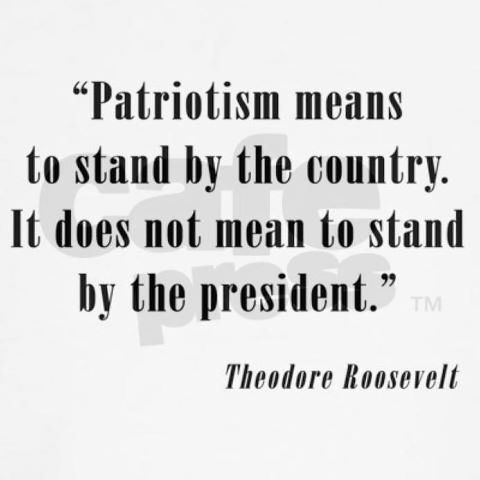 By now it should be obvious to everyone in both parties that what the president means when he calls for a ‘balanced approach’ to ostensibly solve the public debt problem, that he is actually talking about increasing taxes. You know, on rich people who he feels are not paying their fair share.

Increasing taxes and regulation like (but not limited to) Obamacare, in an economic climate like we have now, will only serve to kill the economy, not save it.

If you want to believe that he and his ‘social justice’ pals are not aware of the negative consequences of their actions, go ahead and believe it. But it won’t change the outcome.

What the President is asking us to accept is economic suicide. When being ‘balanced’ means bleeding the economy to death, then no, there is no room for compromise.

The result is not unlike a ‘balanced approach’ to a mugging:

Give me your wallet or I’ll slit both your wrists.

Let’s compromise, how about only one wrist?

As an aside from the debate in Washington about whether or not to raise the debt ceiling, spend less, or balance the budget, there is something else just as ominous to the country and future generations that you should know about.

We all understand that borrowing money has a direct cost to it, the interest rate. Interest rates now are at all-time lows. No problem. When interest rates go back up, big problem.

This video demonstrates the effect of what higher interest rates will have on the economy and yet unborn Americans.

Short version, instead of owing over $1 trillion a year in interest payments now, we could be looking at $2.6 trillion per year by 2021. Or to put it another way, it amounts to more than half of what the government gets in taxes per year.

Meanwhile, Nancy Pelosi and The White House call the GOP’s plan (remember, Democrats don’t have a plan) extreme. Who knew that balancing the budget, reducing spending and trimming the size of government to a sustainable level would be characterized as extreme?

A sign of the Times? Perhaps. The New York Times reported a second quarter net loss of $119.7 million for 2011. The same quarter last year turned in a profit of $60.8 million.

In yet another dose of wealth and class envy (and it’s Bush’s fault) from who we elected to be our “leader,” and still not coming out with his plan to address the

debt ceiling debate, in an address to the nation tonight President Obama asked the American people to tell their congressmen what they want to do. Now how’s that for leadership?

The American people may have voted for divided government, but they didn’t vote for a dysfunctional government. So I’m asking you all to make your voice heard. If you want a balanced approach to reducing the deficit, let your Member of Congress know. If you believe we can solve this problem through compromise, send that message.

“We know what we have to do to reduce our deficits”

I guess that is why he doesn’t feel a need to tell us what he, as our “leader”, would do? That’s what ‘leading from behind’ is all about. He gets to vote present on everything. And does.

Balanced approach to a mugging: If you don’t turn over your wallet, I’m going to slit both your wrists. “Let’s compromise, how about only one wrist?”

And for an encore, the President accused congress for acting irresponsibly for not coming together on a solution to the problem. It’s like calling them chumps for believing in him and big government spending. It was, and is, his policies that got us to the ‘debt ceiling’ issue in the first place. Now he belittles congress for not stopping him.

Just goes to show you that there is no limit to the audacity of a community organizer. 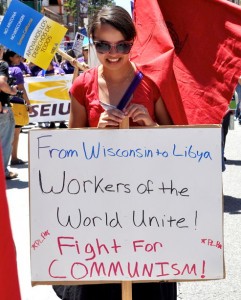 Newly created ACORN front groups across America have signed on to SEIU’s economic terrorism and sabotage campaign. ACORN, long associated with President Obama, is participating in the disruptive campaign through its newly renamed state chapters. Mortgage and student loan strikes, crippling bank boycotts, intimidation, and who knows what else are all on the agenda.  (more . . .)

What, were you interested in seeing how the country’s future is being planned on this debt ceiling debate? You gotta be kidding.

Maybe the debt ceiling negotiations are on the new White House network, NULL?

Speaking on the House Floor, among other things to do with the Cut-Cap-Balance Act, Debbie Wasserman-Shultz said this about Allen West. West had left the chamber and was not present when Wasserman spoke.

West responded in an email.

Look, Debbie, I understand that after I departed the House floor you directed your floor speech comments directly towards me. Let me make myself perfectly clear, you want a personal fight, I am happy to oblige. You are the most vile, unprofessional, and despicable member of the US House of Representatives. If you have something to say to me, stop being a coward and say it to my face, otherwise, shut the heck up. Focus on your own congressional district!

I am bringing your actions today to our Majority Leader and Majority Whip and from this time forward, understand that I shall defend myself forthright against your heinous characterless behavior……which dates back to the disgusting protest you ordered at my campaign hqs, October 2010 in Deerfield Beach.

You have proven repeatedly that you are not a Lady, therefore, shall not be afforded due respect from me!

How many decades have we heard presidents say that we need to be investing in those highways, roads, bridges? President Obama is no different in that respect. I’d argue that creating permanent private-sector jobs ought to take precedence over road building right now. But that’s beside the point.

When I think about building roads, asphalt comes to mind. I’m not a chemist or anything but my guess is that asphalt requires hydrocarbons (oil) to produce.

For as long as President Obama has been talking about building and rebuilding road and highway infrastructure, the number of road miles ought to be right on the tip of his tongue. He’s just that smart.

Since he knows that, he ought to also know how much it would cost to do whatever it is he plans on doing, if he got everything he wanted.

I wonder how much money could be saved in the very same project if the price of oil were as low as it would be if we ever got serious at developing our own energy production, becoming an oil-producing country, a seller of oil, like those countries who we currently buy from, instead of an oil buyer.

My guess is that the saving would be substantial. And why on earth, especially in todays economic climate, wouldn’t we want to reduce the cost of oil and save. It would be a big saving for ‘working people,’ to borrow the Left’s class warfare term. Actually, everybody would save. What a novel idea.