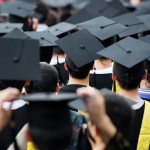 Men with skilled trades once dominated unions. Now, most union jobs are held by women who run offices, are in the food or service sectors, or education.

So along comes the Tea Party, or any conservative group, advocating that the growth of government be contained or even worse, scaled back. They are smeared and vilified! To this crowd, it is heresy to want to eliminate even one government job. Government union members owe their government jobs to liberals who grow government by design, as they take million of dollars in union dues as campaign donations. It’s a circle, it’s a scheme.

The private sector had to shed union jobs in order to be competitive and grow. The only thing liberals grow is government. That’s why Obama keeps talking about private sector jobs, but does nothing to help create them. While all the while, he keeps adding layer upon layer of more government bureaucracy. Got it? That’s how it works.

The above was graciously lifted from Rush Limbaugh in its entirety. In a way that only Rush can do, he covers so much ground, in so little space.