The tax hammer has long been the tool of the politician to micro-manage behavior. In order to insulate them of any real accountability, the bean counters in Washington institutionalized the big deception when they took energy and food out of the mix in measuring the cost of living in America. After all, who needs to eat or get anywhere? And while the Obama administration is fine with promoting class warfare, wealth envy, race divisiveness, and Obama’s latest distraction, gender warfare, the people he supposedly champions the most are the ones getting screwed by his no-energy ‘energy policy.’

As a percentage of income, Obama’s economy hits the poor, and poor working people the hardest. The increase ‘taxes’ that the poor must pay to put food on the table, gas in the car, and clothes on their back is way more damaging and sinister than the $40 street money Congress ‘gave’ them by cutting funds from Social Security and senior citizens. It doesn’t make up for their rising heating and electric bills. It does nothing to those homeowners poised to lose their home due to falling home values. No, Obama is just fine with letting the poor squirm before, during, and after his fundamental changing of America.

Food cost has gone up, not only here but everywhere in the world. And the cause has nothing to do with capitalism. It has everything to do with the environmental movement and the Federal Reserve’s monetary policy.

Beginning with monetary policy. This is where the ‘hidden tax’ comes in, and it is always first. As the Federal Reserve increases money supply, QE 1 & 2, all that, the value of the dollar decreases. Increasing of our national debt to the point of losing a AAA credit rating (for the first time in history) also puts negative pressure on the value of the dollar. So what cost you a dollar before Quantitative Easing, now cost you $1.20. Suddenly, $100/barrel turns in to $120/barrel because the dollar is worth less. Then comes the push to use foodstuffs in our gas tank, bio-fuels, and killing new drilling and exploration and the Keystone Pipeline. All of these events cause the price of gasoline to rise. None of it puts negative pressure on the price of oil.

Food price spikes due to droughts in grain-producing nations are one thing. And usually temporary. But the permanent variable in food prices is the price of oil. Oil price increases cause a general escalation in the costs of fertilizers, food for the farmer’s livestock, food transportation, fuel for tractors and industrial agriculture.

The root causes are political, not scientific. The deflation of the dollar, the increasing use of biofuels in developed countries, and an equally jaundiced outlook for increasing our domestic oil supply and capacity. These are all pieces in the food cost puzzle.

Everything that is wrong with the economy now is a result of the tried and failed policies of this administration. Whatever miniscule increase in economic activity does happen, happens in spite of Obama’s policies, dictates, and Czars. Not because of them.

We could have a much brighter economic outlook if the Senate would stop sitting on the dozens of bills submitted by the Republican House designed to do just that. Not the least of which is the FairTax. But remember, it is the President that wants to run on a ‘do-nothing’ congress.

That’s what elections are for. Getting the White House doesn’t get you much without also getting control of the Senate and keeping a majority in the House.

Maybe voting for the same guy again and expecting a different result is not a good strategy?

As the A.F.L.-C.I.O. prepares to endorse President

Obama on Tuesday, labor leaders say they will mount their biggest campaign effort, with far more union members than ever before — at least 400,000, they say — knocking on voters’ doors to counter the well-endowed “super PACs” backing Republicans. Trying to make Barack Obama America’s newest founding father.

Remember the Fiskar Karma? It’s the product of an electric sports car company that the Obama administration gave a $529 million loan guarantee to. Not only did it not create jobs in this country, but the one delivered to Consumer Reports locked up after 180 miles. Had to be towed. 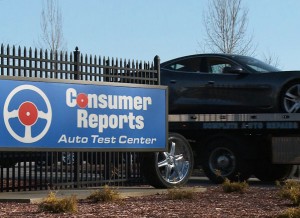 So we subsidize a car company whose target market is “millionaires and billionaires.” Then we give them $7,500 more of our tax dollars to incentivize them to buy it. All that from the guy that calls himself a ‘warrior for the middle class.’

There is a consistency to be concerned about when it comes to ‘green investments’ by the government. The companies either fail, go bankrupt, send jobs overseas, any two, or all three.

Such a great job Obama is doing on this green energy front. What else could he possibly do?

Whether from ignoring illegal immigration, as is the official position of the Obama administration with their Mexican Dream Act, or by an open border agreement in the EU, the problems remain the same. No assimilation, and overloading of support systems.

A wave of immigrants who began arriving in Italy and southern Europe following the Arab Spring last year has put the  27-year-old zone under unprecedented pressure. French president Nicolas Sarkozy yesterday threatened to wreck the European free travel zone unless there is a new pact to cut down on illegal immigration.