Hellooooo! Eh, no problem. According to VP Joe Biden, the stimulus bill was an absolute success.  Maybe so for labor unions, and government workers. The latter being the only job sector that has grown.

When government grows government jobs, it is adding overhead to an already broke company, or rather, country. Who pays their salaries? You do. Government employees and government jobs don’t make money, they consume it.

What happens next? Picture a snowball at the top of a hill. For the last couple years, economists were warning about out-of-control spending, deficit spending. So is China, a major benefactor of the dreamers in Washington.

The government is gambling with the future of the country, or more accurately, the future of your children and grand children. They claimed that all this spending was needed to jump-start the economy. Realists were warning that the debt is heading to an unsustainable point. They warned that when interest rates begin to rise from their all-time low, that we wouldn’t be able to make the interest payments on the debt, let alone the debt itself.

The problem is not where to get more tax revenue. The problem is where to find the guts to cut spending. Realists were telling Washington to look at Greece and Europe to see what we can expect to happen here IF we don’t roll back spending.

Well, it is starting. Interest rates on our debt is poised to rise. The time to get real has come. The time has come to put all our dreams of a socialist utopia behind us and realize the truth of the matter that, just like you and your household can’t live beyond your means, the country can’t either.

Well, I wish him luck. Better luck than the previous three. What is most amusing is all the hoopla that the Left is making over the fact that Rush got Elton John to play at his wedding.

I guess it is because John is a flaming liberal, by US standards, and Limbaugh is the polar opposite. Missing in their hysteria and another chance to use his name in hopes of maybe riling up the lemmings, is the possibility that Rush or his bride happen to like his music.  Along the same line, they apparently don’t figure the possibility that John likes to play music for a price. It is good old-fashioned free-market capitalism at work. Not only that, but you could figure on Rush doing something rather spectacular at his wedding and for his bride. I’d take Elton John over a DJ any day.

Rush didn’t play the piano, and John didn’t talk politics. Gee, I guess it’s just too bad that a good time was had by all.

Whether she retired or was fired really doesn’t matter. Her take on Israel is not new and everyone she works with knows it. Still calling Israel Palestine, she may as well be the spokesperson for Hamas or correspondent for Al Jazeera. 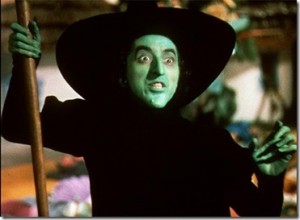 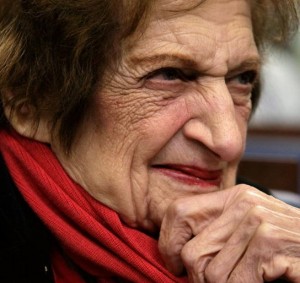 Hello there my pretty! One thing about Helen that always amazed me. She’s the only famous person I know that could play the wicked witch of the west without much makeup.