Harry Reid prepares for a big cloture vote in the Senate, late tomorrow night. Do you know what Reid is doing to prepare for it? He’s offering/bribing Sen. Mary Landrieu ( D-LA) who opposed this health care takeover, $100 300 million FOR HER VOTE. Even though it is substantially the same as the House Bill.

It’s a bit of parliamentarian gobbledygook, but Rush Limbaugh explains it better as to why a vote for cloture, although the vote Saturday night, does not enact the bill, it is a strong indication that the bill will pass.

All right, health care test vote on Saturday night. Let me explain why they’re calling it a test vote. There are two stages to a piece of legislation in the Senate, and both stages require 60 votes. The first vote, which is what’s going to happen tomorrow night, is being called a test vote because if it gets 60 votes, it then is moved to the floor and debate begins. The next vote after that requires 60 votes again to stop the debate. That’s called cloture. And that vote, the cloture vote, tells us whether or not the bill will pass.

You can bet your last dollar that if Bush was in The White House and Republicans were the majority party, that there wouldn’t be anything on TV OTHER THAN how corrupt the administration is, bribing Senators with your tax money. That’s your tax money that was supposed to be used to stimulate the economy, not to buy a vote to take over one sixth of it.

Proving that there is nothing beneath doing if it will advance the Democrat’s agenda. That, and that the media is purposely looking the other way to watch it happen. Is this the hope and change that Americans voted for?

There is a reason that for the last 60 years Americans refused to accept government control over our health care. Americans don’t want it. So what else is there to do but to act like Russia or Venezuela or North Korea and just do whatever you have to in order to get what you want. This isn’t America as we know it, or as we knew it.

What’s wrong with this picture? 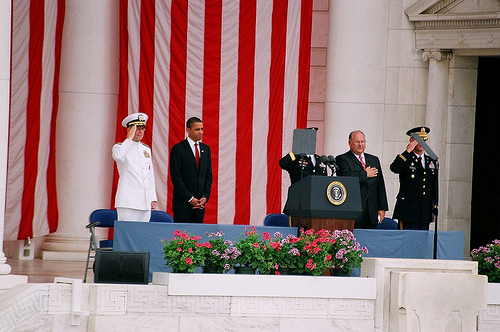 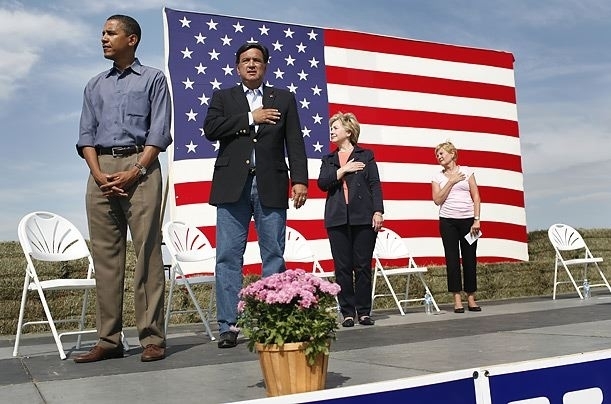 Do you get the impression that President Obama does not recognize that there is something that is bigger and larger than himself? Like maybe our country? If it’s not in the ACORN handbook, how would he know?