In what will become the most unreported action by President Obama, in his supposedly open and honest administration, Chicago-style politics rears its ugly head yet again. The president removed the Inspector General in charge of overseeing how government grant money is spent after he found discrepancies. After he found the abuse of public funds, the U.S. Attorney balked at having the justice department take a look at it.

Obama’s move follows an investigation by IG Gerald Walpin of Sacramento Mayor Kevin Johnson, who is an Obama supporter and former NBA basketball star, into the misuse of federal grants by a nonprofit education group that Johnson headed.

Walpin was criticized by the acting U.S. attorney in Sacramento for the way he handled an investigation of Johnson and St. HOPE Academy, a nonprofit group that received hundreds of thousands of dollars in federal grants from the Corporation for National Community Service. The corporation runs the AmeriCorps program.

The IG becomes the focus of the story, that the matter wasn’t handled right, instead of the corruption of the person responsible for handling the public funds.

Sen. Grassley (R-Iowa) felt an explanation was needed, since the IG had identified millions of dollars that were mis-appropriated.  White House Counsel Gregory Craig, in a letter to Sen. Charles Grassley, R-Iowa, cited the U.S. attorney’s criticism of Walpin to an integrity committee for inspectors general.

In the end, Chicago style politics takes the day. The bad guy is good, and the good guy is bad. Keeping the matter out of the courts and out of the media, the U.S. Attorney worked out a ‘deal.’

The U.S. attorney’s office reached a settlement in the matter. Brown cited press accounts that said Johnson and the nonprofit would repay half of nearly $850,000 in grants it received.

This is not change. This is more of the same.

What is President Obama’s plan to fix Medicare and Social Security? Oh that’s right. There isn’t one. Too busy taking over and running companies while saying he doesn’t want to take over and run companies. And too busy ‘remaking America’ to worry about the elephant in the room. 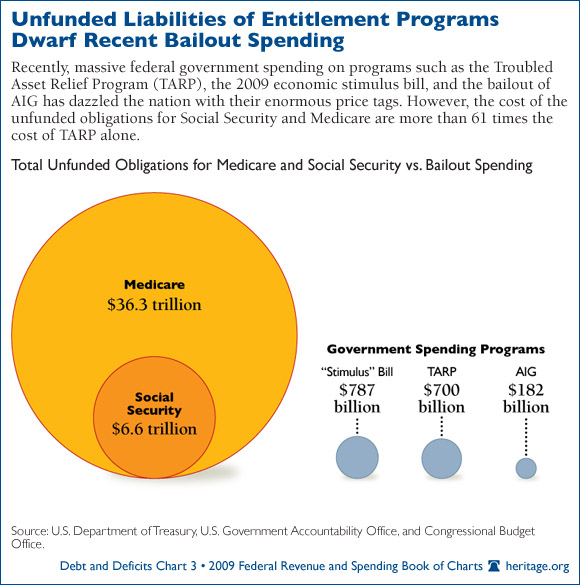