ACLU is at it again

Veterans are in another battle, which ought to become our battle as well, to preserve a 75 year old memorial to veterans located in the Mojave desert. After all this time one might ask, who is in this battle against our veterans? The answer is, its the ACLU.

Police say a man walked into the Subway sandwich shop on West Little York and tried to rob it. But instead of getting the cash, the woman behind the counter served him a “knuckle sandwich.”

Authorities think he has mental problems. Do you think?

link: Police: SC man charged with having sex with horse

Update to corruption in New Jersey.

Mr. Shaw was a longtime Democratic operative who cut his teeth working for Mayor Richard J. Daley of Chicago and later was a campaign aide to Gov. Jim Florio.

He also worked on Robert G. Torricelli’s 1996 Senate race, Robert E. Andrews’s 1997 bid for the Democratic nomination for governor, and Jon S. Corzine’s election to the Senate in 2000.

For the full effect, start this video before hitting the link below.

Here are some of the highlights of some of the change the President has in mind for our health care. Complete bill here.

To provide affordable, quality health care for all Americans

and reduce the growth in health care spending, and

‘Pan American’ would be a truthful description. That this bill is intended to cover only Americans is a deception that Democrats and their willing accomplices, the mainstream media, continue to perpetuate.

Below is some of the highlights from the first 500 pages.

END_OF_DOCUMENT_TOKEN_TO_BE_REPLACED

Vick, the former star quarterback who served a 23-month prison sentence for bankrolling a dogfighting ring, was conditionally reinstated by the league Monday. The decision makes Vick, 29, eligible to sign with a team, join it during training camp and play in the final two preseason games. 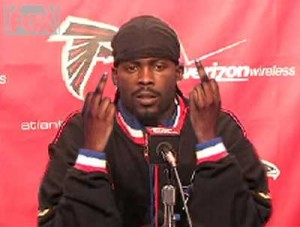 I can’t imagine any NFL team hiring him, even if he takes no salary for the first 5 years.

links: N.F.L. Opens Door to Vick, Though Not All the Way

Listen how Obama characterizes the Bush administration’s reaction to keep the terrorists from killing our people and our economy with their quick reaction to the 9/11 attacks with the Patriot Act. Compare that to what the Obama administration is doing to merely kill the economy. The hypocrisy is priceless.

Wait. On second thought. Under his proposed government-run health care called the ‘public option,’ the rationing of health care will be giving a death sentence to senior citizens as well. Odd that the AARP supports his plan. I guess they’re liberals first, then senior citizens.

The results are the same, only with Obama’s plan, way more than 3000 people will die before their time.  Whew, talk about an inconvenient truth. . .

So what else is new? In a New York Times article on the recent arrests of 44 people for corruption, the Times ponders the question why.

A decade-long building boom has flooded towns with millions of development dollars, as well as wealthy businessmen eager to secure sewer permits and zoning waivers. The Democratic Party firmly dominates local politics, turning most elections into sleepy coronations. The state’s news organizations, once vigorous watchdogs, have been decimated by a deep industry downturn.

Of the public officials arrested, one was a Republican. The rest were Democrats.

Under the guise of frugal landscape management, the Pensacola City Council is poised to limit and restrict the use of Plaza Ferdinand VII. In doing so, they are stomping on our constitutional rights to assemble in public places.

There is no shortage of grass seed, sod, or landscapers in the area as far as I know. Just as there is no shortage bums that reside there.  The ‘shortage’ seems to be somewhere in City Hall. It smacks of a more nefarious way to limit public assembly for dissent or any other reason.

The constitutional right to assemble is not dependent upon the amount of money in the bank.

The matter will come before the City Council for a final yes/no vote on August 13. Locals should make plans to attend that council meeting and tell City Council what you think. I think that grass does not trump the constitution.

department, and still no apology.

Obama conceded his words had been ill-chosen, but he stopped short of a public apology.

I have to agree with the President when he says this is a teachable moment. To say that his behavior was less than Presidential is being generous. That his reaction was what it was says volumes about ‘the real’ Barack Obama. What we saw was the ACORN community organizer himself, having received his spiritual and societal inspiration from Rev. Wright, just telling us how it is. The image of my President having a racial chip on his shoulder so large that it overcomes common sense is disturbing to me. We elected a President, not Rev. Wright.

That’s why there is absolutely no surprise that our President would react exactly the way he did. Not to lose his street creds, there won’t be any ‘I’m sorry’ coming from his lips. Not in public. Bottom line, he’s not man enough. And that is our President.

Last Friday, Democrats in Washington were forced to show their hand when it comes to providing taxpayer-funded health care to millions of Mexican citizens, PG 50 Section 152 of H.R.3200. The House Ways and Means Committee nixed a Republican-backed amendment that would insure that whatever health care legislation comes out of Washington will not include health care for citizens of Mexico or any other country.

On Friday, Democrats moved one step closer to giving free health insurance to the nation’s estimated 12 million illegal aliens when they successfully defeated a Republican-backed amendment, offered by Rep. Dean Heller, R-Nev., that would have prevented illegal aliens from receiving government-subsidized health care under the proposed plan backed by House Democrats and President Barack Obama.

The House Ways and Means Committee nixed the Heller amendment by a 26-to-15 vote along straight party lines, and followed this action by passing the 1,018-page bill early Friday morning by a 23-to-18 margin, with three Democrats voting against the plan.

Additionally, the Democrats are exempting illegals from paying the same penalty that would be assessed on US citizens for not participating in the government-run health care system. Short of amnesty, I can’t think of a better illegal alien magnet. Instead of removing incentives to illegals, they are supplying them.

Thanks to Rep. Dean Heller (R-Nev) for introducing the legislation that forced Democrats to show their hand when it comes to illegal aliens.

As usual, the media gives this action little attention, paying more attention instead to what Obama and his administration is saying rather than to what it is actually doing.

The fact that Mexicans, if and when they are allowed to vote in the US, would be a solid Democrat voting block has not been overlooked by the Obama administration. Doing that is not an unintended consequence of ‘health care reform.’ It is, by design, politics by the numbers.

link: Citizenship Verification Should be Used for Government-Run Health Plan

There will always be people that just collapse at the mention of  Barack Obama, a few Democrats in Washington excepted. But tonight’s performance of President Obama’s fourth press conference to sell his health care plan was, thank you Dick Gebhardt, a dismal failure.  He rambled on to obfuscate answering questions to the point beyond which he came off as knowing what he was talking about. It was embarrassing to watch.

But he did make one thing clear. That if you don’t like his health care plan, then you’re not for improving health care. You know, when Bush told the world’s leaders that where the war on terror is concerned, you’re either with us or against us, that was laying out the line to defend us as well as the rest of the world. The Obama version of this is not directed at terrorists or world leaders, but rather right-wing extremists, otherwise known as Republicans. So much for all that ‘working together’ malarkey.

Don’t know why it didn’t occur to him that most Republicans and right-thinking Democrats can’t seem to swallow the whole socialized health-care idea that the President has in mind. Key word is ‘idea.’ This health care plan isn’t totally written yet, and Obama wants it voted on before Congress takes a vacation in two weeks.

Last I knew, lowering the cost of health care was a bi-partisan issue of serious concern. Normal Americans, as opposed to people like Bill Ayers, Saul Alinsky, and Barack Obama, believe that lowering health care costs can be done within the private sector and without socializing the industry and twenty percent of the economy.