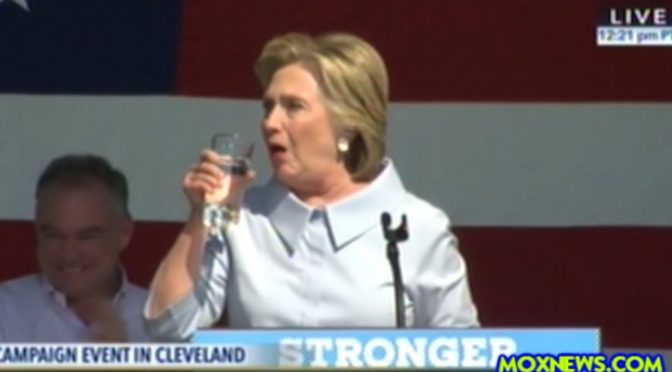 And speaking about not being fit to be president. Fast forward to 21:55 when Secretary Clinton begins talking. Or coughing.  It’s painful to watch. Really emphasises the importance of a solid VP pick, which we don’t have in Gov. Tim Kaine.

For the first time, she has an explanation.  She says she is suffering from allergies. (What, from the truth?)

I’d vote for her if she were to pick Ted Cruz for her VP choice, because she’s not going to last 4 years.