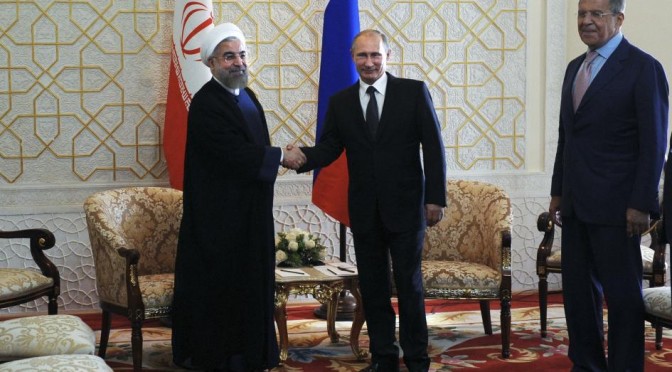 Ratification of the nuclear deal with Iran does not eliminate the threat of war, but only postpones it while the Shia-Mullahs grow stronger.

Most people think there are only two options: accept the nuclear deal, or go to war with Iran. The nuclear deal will elevate the Shia-Mullah regime to the dominant power in the region with devastating results for the U.S. and its allies. War with Iran would destroy the global economy and bring death and suffering to millions.

However, there is a Third Option:  peaceful regime change by the Iranian people themselves, with no outside military action.  Conditions are ripe, and this kind of regime change can be accomplished rapidly and effectively. A friendly regime in Iran would eliminate the nuclear threat, end Iran’s support for international terrorism, stabilize the Middle East, secures energy supplies for the world, and more, as shown in the chart below.

CONSEQUENCES OF THREE OPTIONS FOR DEALING WITH IRAN

Dr. Farid Khavari is a noted independent economist and author of 10 books, including the classic Environomics (1993) and Oil and Islam: The Ticking Bomb (1990) which predicted that Iran, not Saddam Hussein, would become the biggest threat in the Middle East. He is the creator of Zero Cost Economics and was on the ballot in 2010 and 2014 for Florida Governor.  More information is at www.zerocosteconomy.com Dr. Khavari can be contacted by email at fk@zerocosteconomy.com

9 thoughts on “The Third Option For Dealing With Iran”