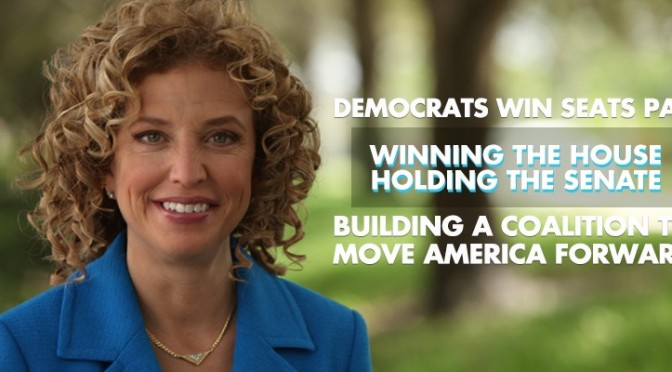 Debbie Was-a-man Shultz comes out. In her fear campaign to raise money, Debbie says she is “pissed off.” “I’m going to be frank,” she says. (Could have been an uppercase F.)

Willing to shut down the government for preserving $500,000,000 of taxpayer money to 700 Planned Parenthood butcher shops instead of giving it to 13,540 federally qualified women’s health clinics that don’t kill babies and sell their remains, Shultz demonstrates how abortion, not women’s health, is the Holy Sacrament of the Democrat Party.

In her DNC fundraising letter, she also bemoans how those evil republicans want to repeal Obamacare. The program that was forced down America’s collective throat. The program that is so bad that it won’t even be fully implemented (if not repealed first) until Obama is out of office. Obama doesn’t want to be around to face the mess he made.