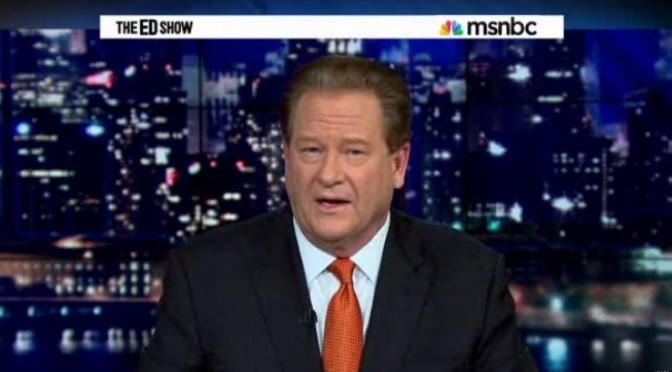 pMSNBC host Ed Schultz has his premise (on Indiana’s religious freedom law) blown out of the water, then cuts the mic off of the guy who did it.

Shultz would not stand for his demagoguery being blown to smithereens, poster child for the rabid Left that he is. See, Ryan Anderson wasn’t invited to discuss the issues. He was there to be whacked like a piñata. And Anderson wasn’t taking it.

Just another example of how the Left has their own definition of free speech.

Links:  ‘Cut his mic off’  |   Ed Schultz Snaps at Heritage Foundation Guest over Indiana, Cuts Off His Mic