The Democrats’ plan on fixing our country’s energy problem of high prices and foreign oil dependency is to punish the only people here that can help, our own oil companies. And as an added bonus, we continue to be dependent on OPEC, Venezuela, and Russia for resources that we have, but are not willing to get. 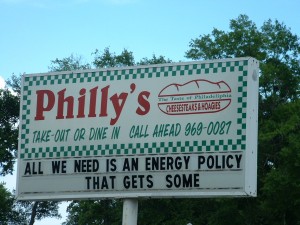 But wait! There’s more! By campaigning on creating punitive taxes upon our own oil companies, Democrats will also depress the incomes of millions of Americans who are invested in America’s energy industries either directly or through retirement and IRA accounts. We’re talking about the 50k/yr ‘hard working Americans’, people like our first responders, fire and police departments, teachers, factory workers, hospital workers, nurses and nursing home workers, small business owners and their employees.

The irony here is, the very people these Democrats say they are going to help, will actually be hurt twice. In their retirement account, and at the pump. The Democrats know it isn’t a solution, and the dumb masses will buy into the notion that the pain they feel is caused by Bush instead of these lawmakers. The fraudulent impression, or spin, is that the Democrats in Washington are the only ones who really care about them. The only ones that want to help them. All that, and a little dash of class envy and anti-capitalist rhetoric tossed in for good measure. For them, the party comes before the country.

Will robbing the oil companies of their profits and trying to control their industry via the tax hammer, without permitting them to get to our own resources and build more refineries, make the prices go higher or lower? This is a rhetorical question. For those educated in government schools, the answer is it will drive prices HIGHER.

This country needs a leader who will set a goal, equal in size to putting a man in space or a man on the moon. A short-term goal designed to get enough oil, gas, clean coal and nuclear energy within our own borders, including the Atlantic, the Pacific, and the Gulf of Mexico, in order to increase supply. Only then will we see prices fall. The long-term goal would be of course, to invent and develop alternative kinds of energy that will reduce, if not replace the need for fossil fuels.

Oil prices would start falling on the day we adopt an energy policy intended to make the United States an oil producer instead of an oil buyer. And it would only get better as we would bring it to fruition.