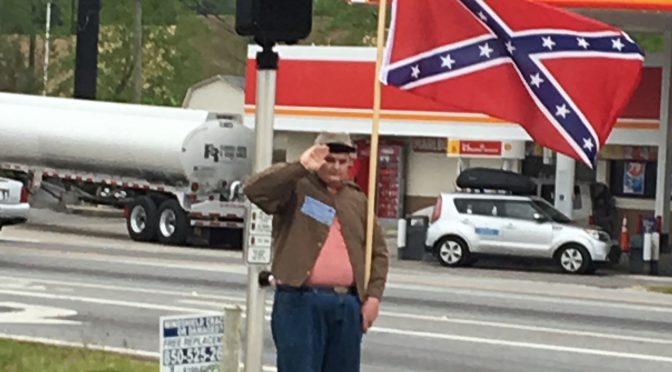 Pensacola Christian College wins the Most Ridiculous Item Of The Day award for expelling Allen Armentrout, a student who peacefully exercised his 1st Amendment right in Charlottesville, VA last week.

His statement to the Pensacola News Journal was ignored by his school, who apparently succumbed to the media meme that you must deny your ancestors and history, else you’re a violent Nazi White Supremacist.

The college administration failed to show a violation of their rules that would apply to someone exercising their 1st Amendment right. Makes one wonder if any of the anarchists who actually were violent were expelled from school?

“I have been released from my school and will be unable to return to college to finish my senior year. I’m processing this and making adjustments to my life to compensate for this scrutiny.”

He does not deny the history of this country or his family.

Armentrout later told the News Journal he made the trip to Virginia because the KKK, Neo-Nazis and other groups are destroying the history of his ancestors and he wants to share “the true history” of the American South. He said Neo-Nazis have wrongly “latched on” to Confederate history.

One thing is certain, he is consistent in his convictions. Here he is in Pensacola last March. 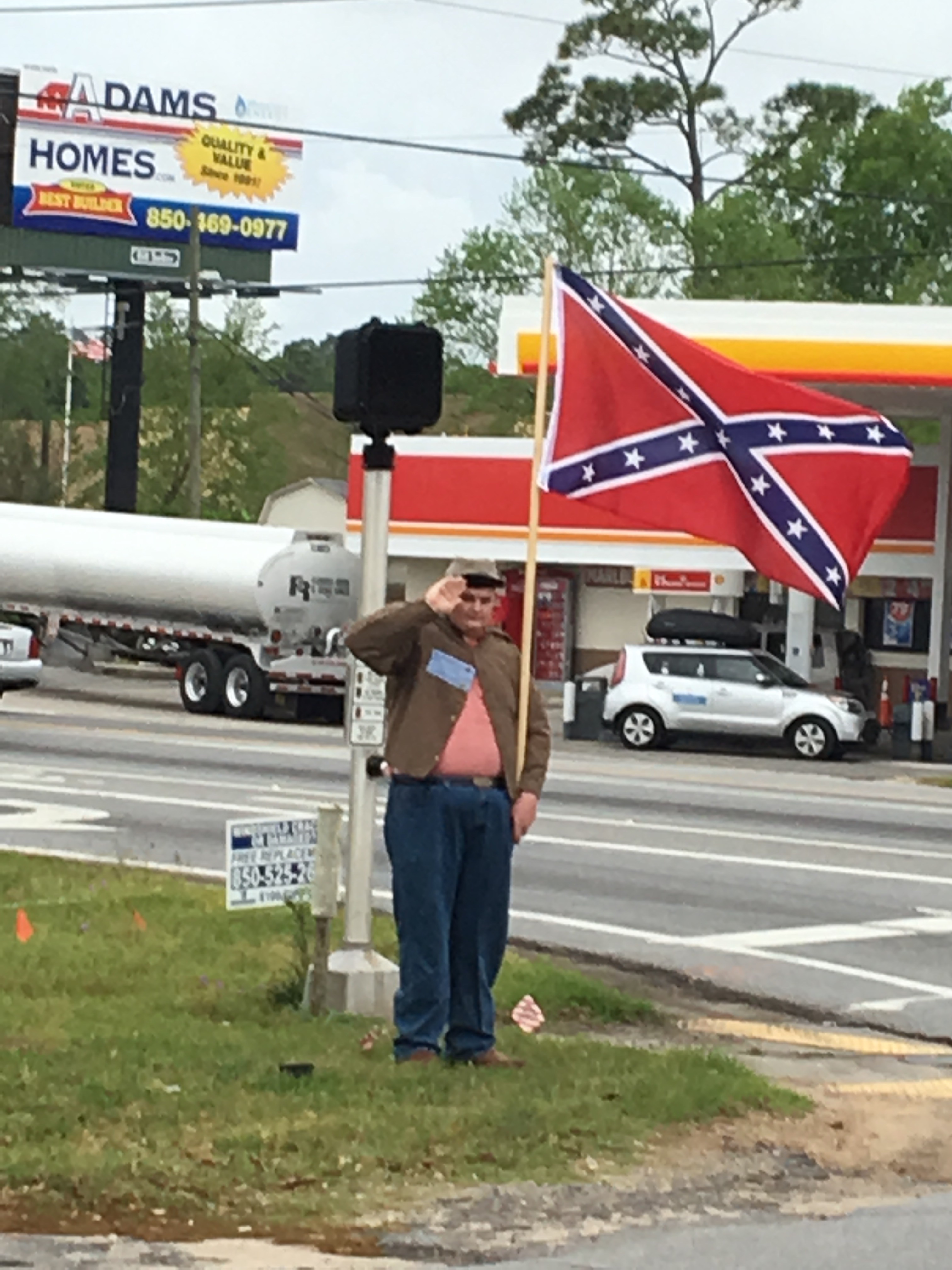 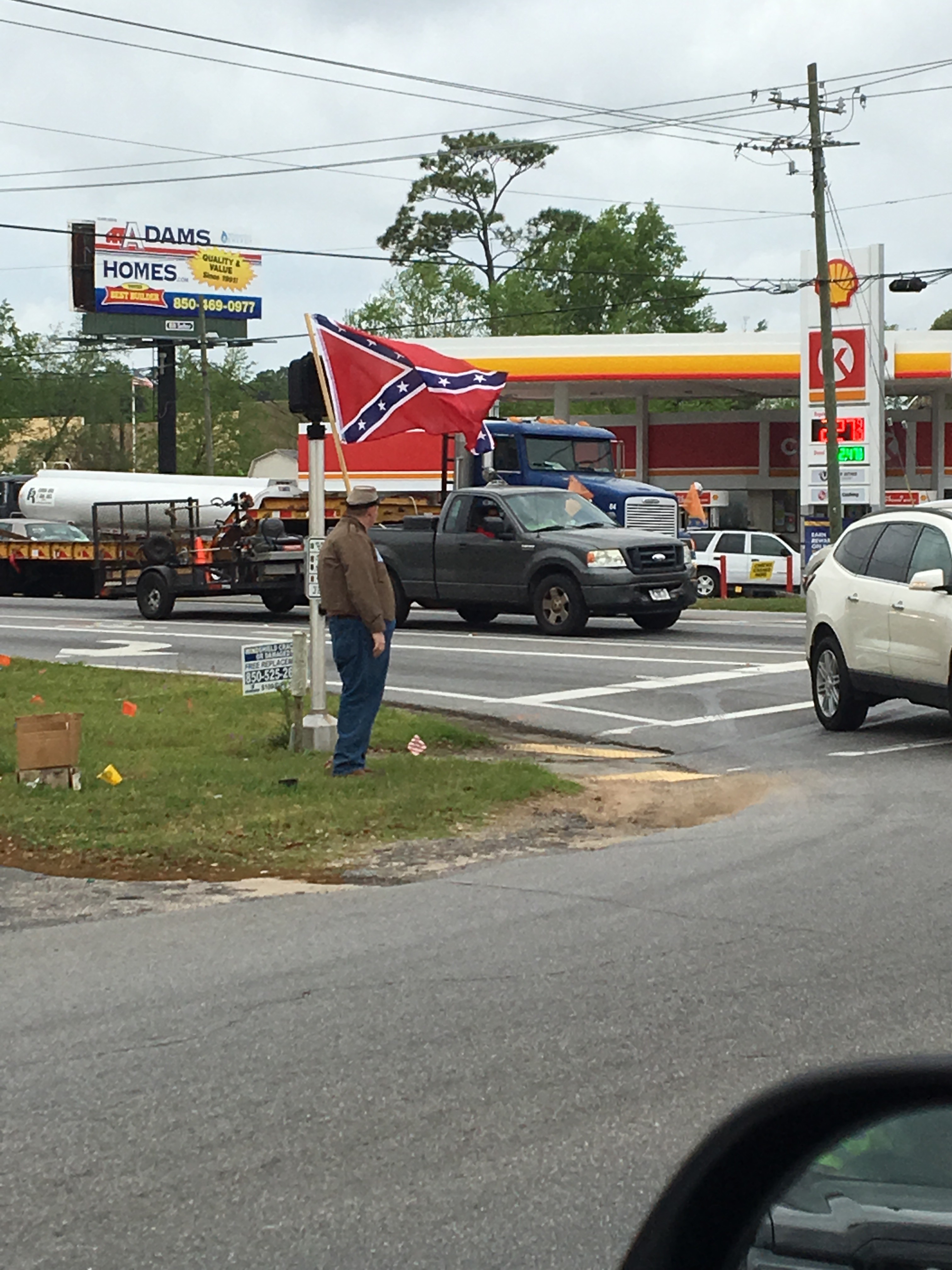 What’s different this time? The national “news media” made him famous, and he exercised his 2nd Amendment right too! Oh the nerve.

For this reason, Pensacola Christian College wins the Most Ridiculous Item Of The Day award.

Can you say “lawsuit?”