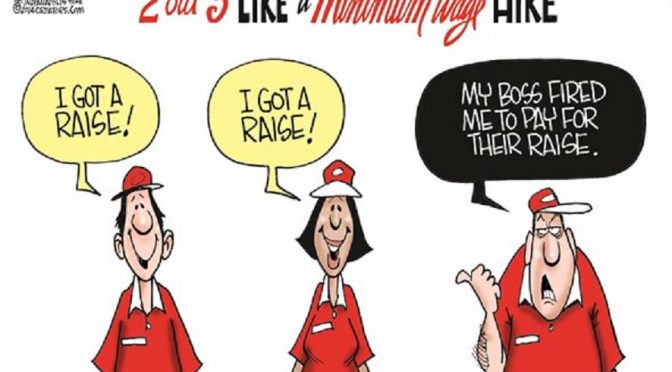 When the price of anything rises, people seek substitutes and measures to economize. When gasoline prices rise, people seek to economize on the usage of gas by buying smaller cars. If the price of sugar rises, people seek cheaper sugar substitutes. If prices of goods in one store rise, people search for other stores. This last example helps explain why some businessmen support higher minimum wages. If they could impose higher labor costs on their less efficient competition, it might help drive them out of business. That would enable firms that survive to charge higher prices and earn greater profits.

An even more insidious substitution effect of minimum wages can be seen from a few quotations. During South Africa’s apartheid era, racist unions, which would never accept a black member, were the major supporters of minimum wages for blacks. In 1925, the South African Economic and Wage Commission said, “The method would be to fix a minimum rate for an occupation or craft so high that no Native would be likely to be employed.” Gert Beetge, secretary of the racist Building Workers’ Union, complained, “There is no job reservation left in the building industry, and in the circumstances, I support the rate for the job (minimum wage) as the second-best way of protecting our white artisans.” “Equal pay for equal work” became the rallying slogan of the South African white labor movement. These laborers knew that if employers were forced to pay black workers the same wages as white workers, there’d be reduced incentive to hire blacks.

South Africans were not alone in their minimum wage conspiracy against blacks. After a bitter 1909 strike by the Brotherhood of Locomotive Firemen and Enginemen in the U.S., an arbitration board decreed that blacks and whites were to be paid equal wages. Union members expressed their delight, saying, “If this course of action is followed by the company and the incentive for employing the Negro thus removed, the strike will not have been in vain.”
Our nation’s first minimum wage law, the Davis-Bacon Act of 1931, had racist motivation. During its legislative debate, its congressional supporters made such statements as, “That contractor has cheap colored labor that he transports, and he puts them in cabins, and it is labor of that sort that is in competition with white labor throughout the country.” During hearings, American Federation of Labor President William Green complained, “Colored labor is being sought to demoralize wage rates.”

Today’s stated intentions behind the support of minimum wages are nothing like yesteryear’s. However, intentions are irrelevant. In the name of decency, we must examine the effects. 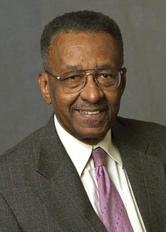 The above, Minimum Wage and Discrimination, was graciously lifted from Walter E. Williams, professor of economics at George Mason University.