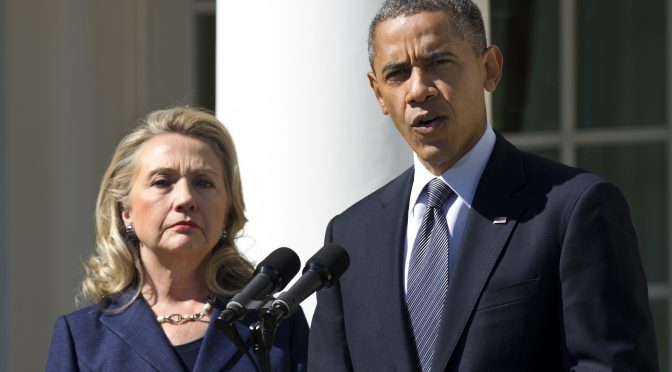 After FBI Director James Comey’s recitation of the many crimes, as specified in the Espionage Act,  Sec. of State Hillary Clinton committed, then declared that there would be no prosecution, many Americans were left scratching their heads for a moment. Then, it was clear that the fix was in. Now we know why.

To go ahead with charges against Hillary, the President himself would have to be brought into it because he too violated the same statute.

How do we know this? We can thank WikiLeaks for exposing the evidence. And as usual, the Obama administration is calling out Russia for trying to influence our election process. The Russians are not amused that the administration is making them their scapegoat. Another example of Obama’s recklessness in foreign relations, he’s playing Russian Roulette with the wrong people.

The mainstream media and the administration are indistinguishable today, which is why they publicize Obama’s accusations and ignore the content of the emails and the fact that many (33,000?) were from him under an alias, dating back to the beginning of his administration. 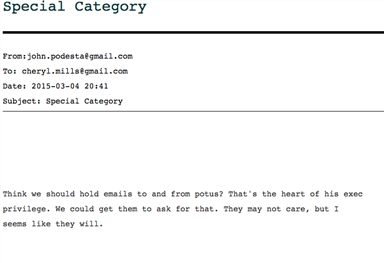 Regardless if Russia had anything to do with it (Maybe I did it, yeah, I did it. I hacked her server and sent it to WikiLeaks, Russia, China, Iran, and N. Korea, just to be safe.), bringing about transparency from the most corrupt administration in my lifetime is not an assault on our democracy, as Hillary claims. It’s about keeping elected officials honest when dealing with policies and the American people. She, her party, and the Obama administration is the assault on democracy and our system of justice. And must be stopped November 8, 2016.