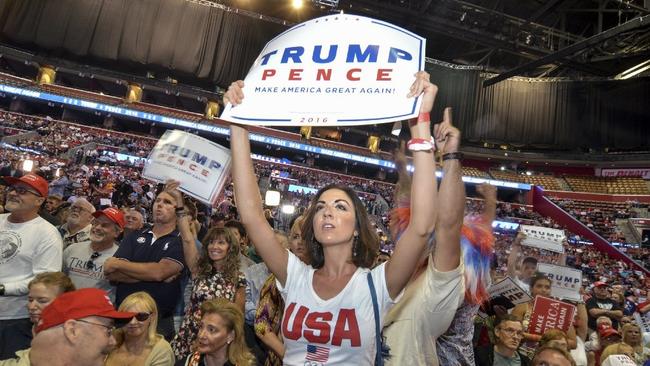 What a disappointing campaign season this is. Not for the lack of media bias, lies and obfuscation, but for all the political noise that is keeping Hillary Clinton and her record off of the front page. Have you noticed that her poll numbers rise the less she is heard? It is the reason she hasn’t had a real news conference in 249 days.

One thing about Democrats and the media you can count on is this. They will tell you who they fear the most by the focus and intensity of their attacks.  And it is unquestionably, Donald J. Trump.

There’s a curious contradiction in the campaign coverage going on. All we hear from the media is that the Trump campaign is going down. Trump’s ratings are falling and, he should drop out of the race, and Republicans should pick someone else. (reassuring to know that the media cares  so much for Republicans that they are giving them free advice)  If all that is true, or if they believed what they were saying, one would think that they would be happy, ignoring Trump and talking about all of Hillary’s accomplishments. Oh wait . . .

What’s different? Why does Trump get the support he does? What people need to understand about him is, he’s not a politician. And he’s not a community organizer hell-bent on fundamentally changing the country. He’s a successful CEO of a multinational private company.  And like all successful CEO’s, he’s a problem solver who knows how to get things done with minimal cost. And, keep the relationship between the people and the government the way the founding fathers intended it to be.

There’s nothing this country needs more than a pruning of needless and ineffective bureaucracies that, contribute to a bloated government (taxpayer’s overhead) and, are holding back our economy. You’ve heard politicians pledge to rid the government of waste, fraud, and abuse from the time you began listening to them.  And no one, not even the “watchdog media,” can point to where that ever happened. What has the politicians in both parties so unscrewed this time is that, in addition to that, he’s going to do the pruning that needs to be done to make government and their power smaller by transferring the power to the people, where it started and where it belongs.

Because he, as a CEO, has done it before, Trump is equipped, and committed, to actually doing this for our country. He calls it “Make America Great Again.”

Came across this in social media today, with a couple of enhancements from yours truly.  Suitable for spreading around.