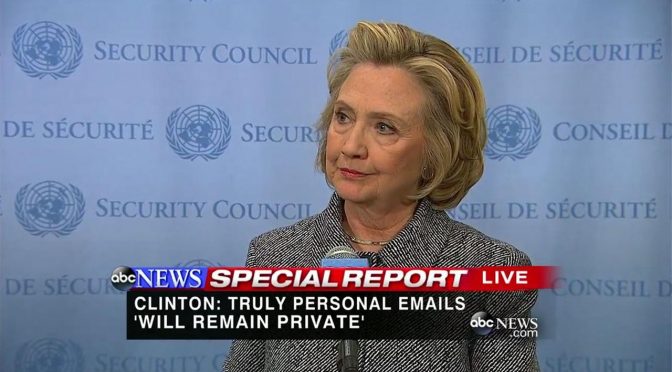 The latest email discovery, from among the 30,000 + emails that were said to be personal and were deleted, and unrecoverable, were turned over to Judicial Watch as part of a FOIA request. They detail the connection between the State Dept, Bill Clinton’s $500,000 speech in Moscow, to a Russian investment bank with links to the Kremlin that was promoting Uranium One stock, and people associated with Bill Clinton (Frank Rich, who Bill Clinton pardoned on his last day), including the brother of Hillary’s CoS, John Pedesta.

All these people are connected in one way or another to the sale of Uranium One in the United States. And at the same time, Uranium One’s chairman used his family foundation to make four donations totaling $2.35 million to the Clinton Foundation. 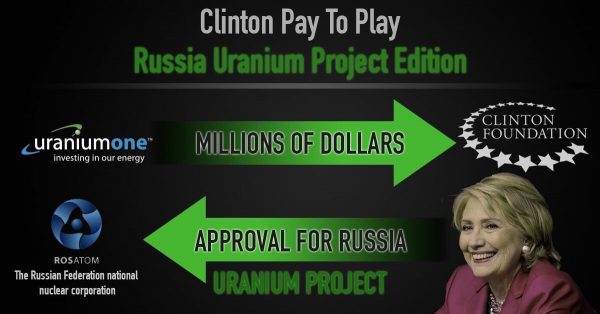 With these emails that Hillary Clinton didn’t want anyone to see, including the FBI, the pay for play, cronyism, and influence peddling from her office is now in black and white.

Crooked Hillary Clinton should step out of the presidential campaign. If the Dept. of Justice doesn’t open up a criminal RICO investigation (which it won’t), then Congress needs to start one of their own.  Democrats need to pick someone else to run against Trump, or  just ask Democrats to go ahead and support Trump.