This is what the destruction of the family looks like, and the cost it has on our young people. 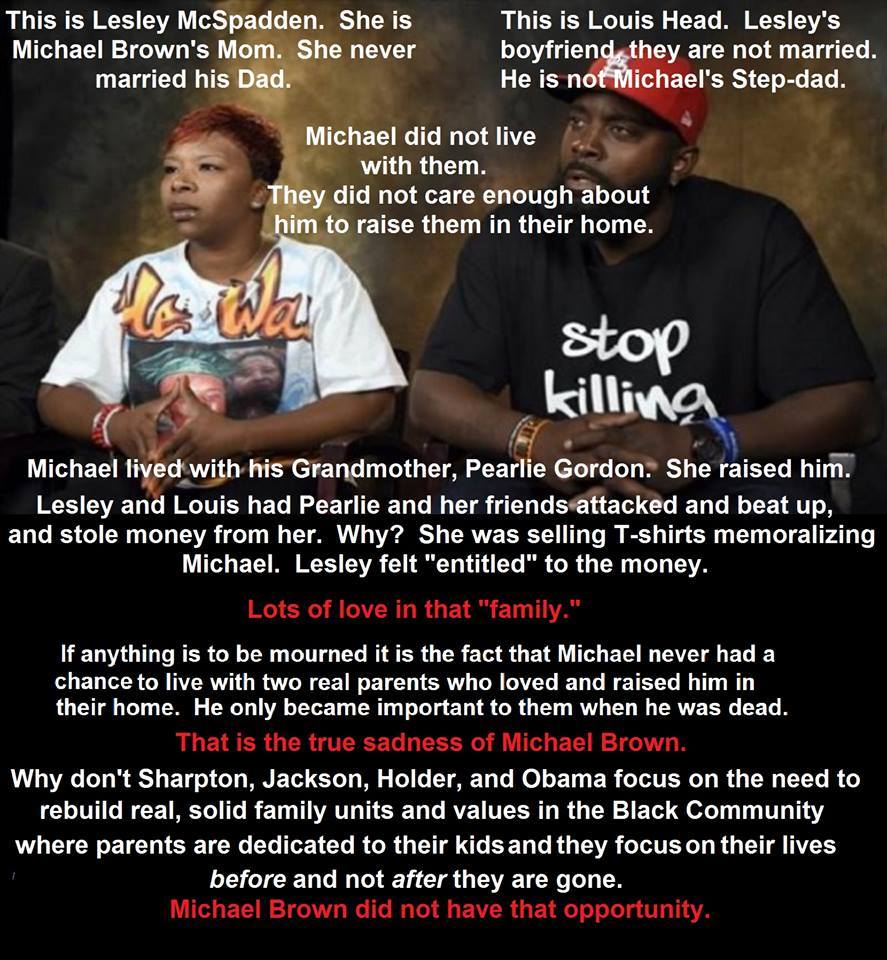 And just the kind of thing the race hustlers (Barack Obama, Eric Holder, Al Sharpton, Jesse Jackson) use as an excuse for criminal behavior.