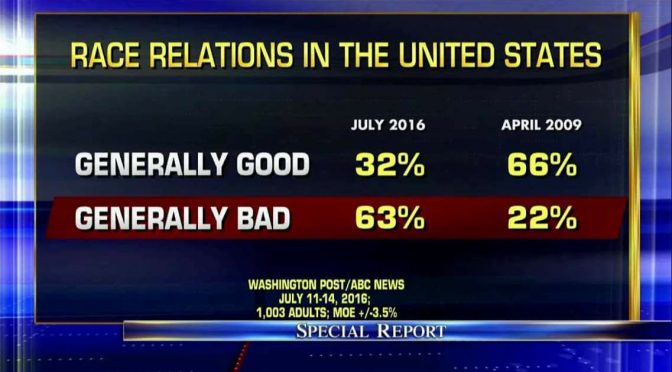 Remember when there was some hope that, if nothing else, the election of President Obama would at least put a ‘period’ on the ‘Americans are racist’ era? Americans elected the first Black president, with comparatively no experience, over who would have otherwise been the first Woman president, who is White and with a lot more experience.

So what’s this? Last year, Harvard hosted its first ever “black only” graduation ceremony. No word about a “white only” or some other ‘_____ only’ ceremony. It has become an annual event there, and at other colleges.

At the University of West Florida, there is a Black Employee Association. Odd, especially when this is on a state (public) campus, where there are not supposed to be organizations based on race.

Is this a longing for the old days, when there was segregation? Lord I hope not. Kanye West has a great take on it. Has to do with independent thinking.

All this coming from the University crowd, where inclusion was spearheaded and embraced with “Affirmative Action” programs from Washington. Aside from being hypocritical and probably illegal, they are setting “race relations” back 60 years. On purpose.

By 2018, the American people have long accepted integration. I suspect “race relations” are a lot better than the media would like us to believe.  God forbid we can live together without prejudice. That would put the Race Industry out of business, to the success of all those who can think for themselves.

Unfortunately, Civil Rights doesn’t mean what it used to mean. It has become an industry. The Jesse Sharptons in this country don’t have the end of racial discrimination as their goal. Instead, their goal is to keep racial tension going. Why?

Two reasons. The psychology of keeping minorities from leaving the Democrat Plantation by telling them they are victims of those evil racist Republicans. It’s called identity politics, coupled with the soft bigotry of low expectation. This event supplies the touchy-feely ‘pat on the back’ by the Massa.  Kanye, Trump and you know who the victims really are.

The second reason is in the bank. They make a nice one-percenter living on keeping Blacks unsettled. Sick.

No doubt in my mind that the same psychology is at work as in the “Middle East Peace Talks.” They (everyone by Israel) don’t want peace. They want the constant conflict and agitation that “talks” can supply. Which begs the question, how will we know when the Race race is won?

Pretty sure Dr. Martin Luther King Jr. would be disgusted with what they have done to the ‘civil rights’ he envisioned.