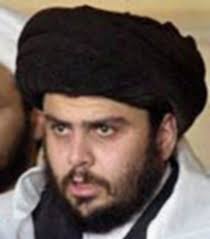 How is it that this guy has not already assumed room temperature? Muqtada al-Sadr is calling for a cease fire? Only because he’s about lost his grip. This, if we’ve learned nothing from Bora Bora, is not the time to let up.

Al-Sadr organized the Mahdi Army shortly after the U.S.-led invasion in 2003. Since then the Mahdi Army has become the most active and feared armed Shiite group, blamed by the U.S. for driving thousands of Sunnis from their homes in retaliation for Sunni extremist attacks on Shiite civilians.

This is just hilarious, a 3 min video of Red State Update production. Am sensing a need to lighten things up a bit. This should do it.