“No Class” is being generous. But it does show that when they have a cause to push, there are no limits too low to go.

Click HERE for the latest updates on the Pensacola Indoor Shooting Range.

The people at Pensacola Specialty Pawn (850) 432-9050), near Pace Blvd & Fairfield Dr., are planning on opening a 10-lane indoor shooting range around  mid to late September 2013.  They have changed the site from the pawn shop site to a spot on North Palafox, Rt. 29, the former site of Leisure Time RV. Seems to me to be a better location from an accessibility, if not safety, standpoint. They are capping membership at 500 members.  Members can go anytime. Non-members can go when space is available. Their annual membership pricing is: Patriot (first responders & active/retired military) $199.99, Individual $299.99, Family (2 household) $399.99. Non-members $20 per hour.

Some new features (new to me anyway) at the range will be a closed circuit TV setup for each lane. There will be ten lanes. No matter where you put your target, which is adjustable right from your shooting position, there are two cameras in operation. One on the target, and the other on you. No need to get out the binocs to see where your bullets went. The camera system is focused on your target no matter how far downrange you put it. Another cool thing is that in another room, out of the shooting room, monitors will be there for your party (or whoever) to see you in action, in split screen (you/target), uh, for better or worse. 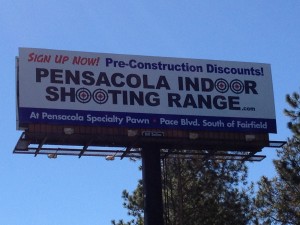 Personally, I’m glad to see this new business. Glad to see any new business for that matter. I miss the range on ‘W’ Street. Compared to an outdoor range, it is a little pricey. But you really can’t compare the two venues on price alone. Each have their own ‘value’ to the shooter, and their own limitations. But there is value in weather protection and convenience and proximity to the city, something an outdoor range can not offer.

Just thought of a new role playing game. Let’s call it ‘Blood On Their Hands.’ It was inspired by news of the cop cop-killer Chris Dorner in

Los Angeles and my recollection of the behavior of folks like Media Matters, Think Progress, ABC’s Brian Ross and other democrats after other shootings. How they said Sarah Palin had blood on her hands for Gabby Giffords being shot by a Nazi nutjob in Arizona. And if they couldn’t connect them to right-wingers, they made it up, just so they could complete the Left’s narrative that conservatives and other right-wingers are all blood thirsty killers, inspired by the party leaders.

Well have I got news for them. This Chris Dorner nutjob is a big gun control advocate (go figure), is a big fan of Obama, Dianne Feinstein, Mia Farrow, Hillary Clinton, Piers Morgan and Anderson Cooper.

Amazingly, I haven’t heard any of them being accused of having blood on their hands. I’m so disappointed with the media for not making the obvious connection. Let alone not mentioning that the guy is a big leftest and Obama supporter. Not a word.

I got a new guard dog to guard my house. He was a little more than I thought I should pay. But, I think when word gets out, we’ll be a relatively crime-free neighborhood. The nice part is he is only a year old and already fully trained. For your safety, you might want to call the house if you’re coming over! [flagallery gid=19 name=Gallery]

Are they anticipating a bum rush at the border of zillions of illegal immigrants? Are they planning to shoot them all? It’s time that “the most transparent administration” show some transparency and explain just why they think they may need over 40 million rounds of ammo (that’s in addition to the 1.6 billion rounds they’ve already bought in the last 10 months) when I have to look far and wide for a single box of 50. Or is this just the beginning of a process to disarm America? I would suggest that if they think they actually need all that ammo to fundamentally change America, or they think that Americans (govt. employees) will use that ammo to fire on other Americans, then they need to go.

The Department of Homeland Security is set to purchase a further 21.6 million rounds of ammunition to add to the 1.6 billion bullets it has already obtained over the course of the last 10 months alone, figures which have stoked concerns that the federal agency is preparing for civil unrest.

Just what on earth could they be talking about? This . . .?

A study funded by the Department of Homeland Security that was leaked last year characterizes Americans who are “suspicious of centralized federal authority,” and “reverent of individual liberty” as “extreme right-wing” terrorists.

Are they nuts, or just crazy?

Why I voted for Obama, twice.

There’s been a lot of talk lately about a voting block that President Obama caught. They’re called low-information voters and are not race-specific, ethnic-specific, or income-specific. If you were like me, scratching my head over how in the world this community organizer could be re-elected in such a dire economic and jobless environment, this video should clear it up. You have the racial aspect, and what became known as the Santa Claus effect.

Don’t know who this person is. But if this is satire, it’s really good.

Nick McMillan, a gun dealer in Tennessee, recently received an email from Intuit Payment solutions informing him the company was no longer interested in processing his credit card sales. Well isn’t that special? Intuit also sells TurboTax and Quickbooks.

In the email the company wrote “Intuit does not support the services you are providing” and then the reason stated was firearms, ammunition, gun parts and accessories sales not sold in a face-to-face environment with the credit card being swiped.

As you might expect, the KOSites are estatic over it.

There are plenty of gun-friendly credit card processors out there. Payment Alliance International is one.

Infamous hoaxster Tawana Brawley — whose outrageous rape lie 25 years ago inflamed racial tensions nationwide — yesterday was finally slapped with a court order to settle a hefty defamation case against her. It also made Al Sharpton famously famous. Johnny Cochran paid off Sharpton’s bills on the case. Wonder if the good Reverend will step up and pay Tawana’s bill?

President Obama made his argument today like this, “We don’t want our police to be out gunned.” Well, who could disagree with that? Especially when I’ve seen police with full auto weapons, shotguns, and multiple magazines. But that’s not the problem. Thugs aren’t going around robbing and shooting police.

The community organizer won’t acknowledge that law-abiding Americans don’t want to be out gunned by criminals. That, and Americans don’t want the least competent entity in our lives, the federal government, taking away our choice and in fact making our choice for us, as to what kind of firearms and capability that we feel we need to keep our family and property safe.

Where my and my family’s safety and property are concerned, I’m pro-choice. Ironically, the federal government is pro-choice when it comes to taking lives, but not for saving lives. 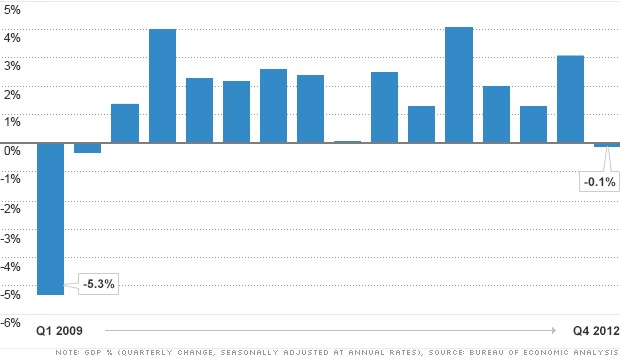 It is not gun control that our nation needs but self-control; a lifetime result molded from the synergism of love and discipline in the home, bonding in the community, and encouragement in the church.  Government and laws in the absence of these will serve no useful purpose.

I can’t think of another word to add to the point Kerry makes.

This is too funny. Look what President Obama started.

While thousands of Seattle residents lined up for hours to trade their handguns, rifles and family heirlooms away in exchange for up to $200 in gift cards as part of the city’s latest gun buyback program, gun collectors who have seen prices for assault rifles and firearms accessories almost triple since November took advantage of a huge opportunity.

Police stood in awe as gun enthusiasts and collectors waved wads of cash for the guns being held by those standing in line for the buyback program.

The gun buyback program turned into an ad hoc gun swap meet. The police did get something no one expected, a spent Stinger shoulder fired missile launcher.