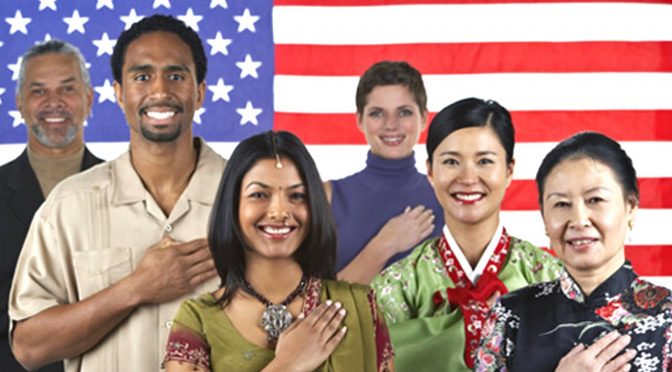 I’m getting tired of hearing, from the people wanting open borders, and who want to snatch people from terrorist hotbed countries and bring them here, drone on about “we are a nation of immigrants” as though that grants some automatic pass to bring them here and, commit suicide in the process, gambling with Americans’ lives.

Sorry but, when there is no assimilation of American values and culture, that is NOT “who we are.” And that includes learning and speaking English.

There was a 40 year halt to immigration, 1925-1965, for the purpose of obtaining assimilation. Immigration resumed in 1965. Maybe it’s time to do that again?

There’s nothing wrong or un-American about this country being a so-called melting pot. What’s wrong is to let the pot melt.