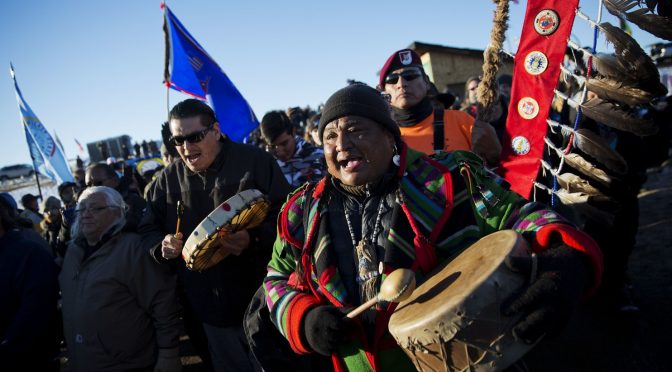 This is a prime example how the unelected bureaucracy, with its regulatory agencies, drive up cost of everything, including the Dakota Access oil pipeline in southern North Dakota.

After a decade of planning, research, and obtaining approvals for same, Obama’s Dept. of Interior throws a wrench into the project by using the U.S. Army Corps of Engineers to deny an easement for the completion of the project.

The pipeline is largely complete except for the now-blocked segment underneath Lake Oahe, a Missouri River reservoir.

But that’s not all it did. The Department also inserted a pack of Indians, protesters, with zero interest in the project into the negotiating and planning process.

And anyone should even wonder why the Obama administration is the most unfriendly to business and industry?  Especially the energy industry. And why they move overseas wherever possible to avoid this kind of interference?