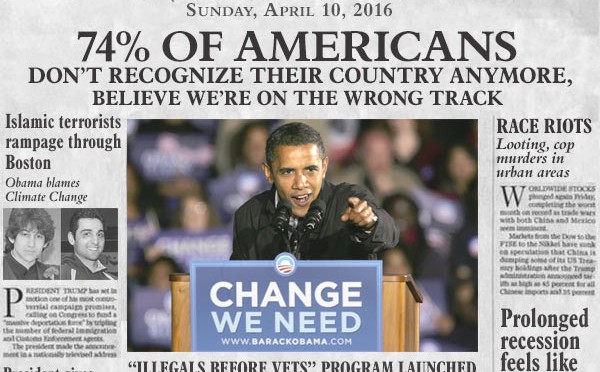 The media’s anti-Trump syndrome manifested itself last week when the Boston Globe put out what they deemed a fear & smear piece against current GOP front-runner Donald J. Trump. They projected their fears in various headlines a year from now if Trump were to be President. In other words, fake news like, “Deportations Begin!” “Economy in Tailspin!” “Wall Construction Halted Because of Lack of Funds.”

With all the push-back from the media, and even from the GOP, aligned against Trump and Ted Cruz, why do you suppose there has been zip, zero, nada pushback from the media or from anyone in political power for what the Democrat Party and President Obama is doing — IS DOING, not “is going to,” is doing?

The people at thepeoplescube.com have answered that with their own version of a Boston Globe front page. The difference is, these headlines are not made up. They are real and, have never been seen. And, they are what the GOP candidates ought to be talking about. 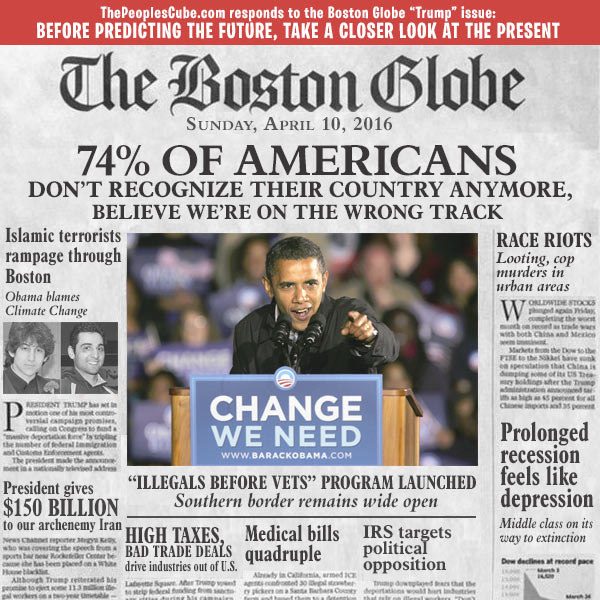