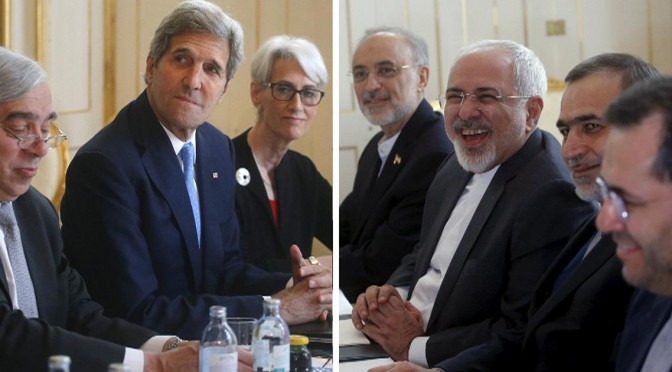 He fooled too many people with Obamacare, none of what he sold it on has come to fruition. He lied to us. This bad deal is no different, except that it involves a WMD.

All the so-called red lines he talked about in this “historic” and “unprecedented” deal have been crossed, and he STILL went along with Iran. There is no UN-announced inspections anywhere. There is no inspections PERIOD, at any nuclear facility on ALL of their military sites.

All rhetoric aside, the bad deal expires in fifteen years, after which (and presuming that Iran doesn’t cheat (which would be unprecedented),  Iran is free to have their nukes, according to THE DEAL.

He’s right about this deal being unprecedented, but there’s nothing good about it. Well, except that Iran likes it.

Link: 16 reasons nuke deal is an Iranian victory and a Western catastrophe