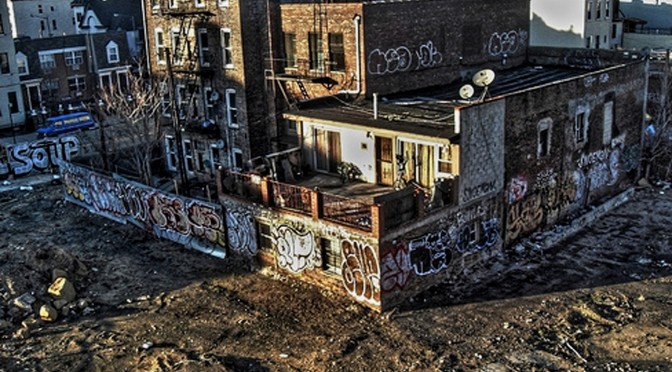 The cultural decay of America didn’t just happen in the last couple decades. This was proscribed in American culture three-quarters of a century ago.

A political party, running from decades of racial discrimination, and the pop culture of the 1960’s in the form of its music and entertainment, gave the process a booster shot.

The pilfering of Social Security’s so-called “lock-box” to fund welfare programs, and a youth anti-war movement that embraced the “Love the one you’re with” mindset,  magnified by a non-critical news media were the termites introduced to American society. Defeating liberalism is the treatment.

Walter E. Williams’ chronicles this in a way that no one else has, in this piece, Intellectual Dishonesty and Cultural and Social Pathology.

President Barack Obama’s stance, expressed in his 2014 State of the Union address, is that the debate is settled and climate change is a fact.  Obama is by no means unique in that view.  Former Vice President Al Gore declared that “the science is settled.”  This “settled science” vision about climate is held by many, including those in academia.  To call any science settled is sheer idiocy.  Had mankind acted as though any science could possibly be settled, we’d be living in caves, as opposed to having the standard of living we enjoy today.  That higher standard of living stems from challenges to what might have been seen as “scientific fact.”

According to mathematician Samuel Arbesman’s book, “The Half-Life of Facts: Why Everything We Know Has an Expiration Date,” many ideas taken as facts today will be shown to be wrong as early as five years from now.  Arbesman argues that a study published in a physics journal will lose half its value in 10 years.

Many academics know that to call any science settled is nonsense.  But their leftist political sentiments and lack of academic integrity prevent them from criticizing public officials and the media for misleading a gullible public about global warming.

The concept of white privilege, along with diversity and multiculturalism, is part of today’s campus craze.  Millions of dollars are spent on conferences and other forums teaching students about the horrors of white privilege.  A Vanderbilt University sociology professor said white privilege is to blame for the Baltimore riots and looting.

I wonder how one goes about determining whether a person is privileged.  White privilege can’t be based on median income.  Why?  It turns out that Asian-American households had the highest median income ($68,636) in 2012.  Median income for white households was $57,000.  Maybe our academic elite should condemn Asian privilege instead of white privilege.  But there’s another problem.  My income puts me in America’s top 5 percent.  If those who condemn white privilege could not see my dark brown skin color, they would also condemn me for white privilege.  The bottom line to this campus nonsense is that “privilege” has become the new word for “personal achievement.”

President Obama has often said the wealthiest Americans must make sacrifices to better the lives of poor people.  At Georgetown University’s May 12 poverty summit, Obama said, “If we can’t ask from society’s lottery winners to just make that modest investment, then really this conversation is for show.”  Let’s look at this “lottery winner” nonsense.

A lottery is defined by Oxford Dictionaries as “a process or thing whose success or outcome is governed by chance.”  The question before us is whether wealth is something that is obtained by chance.  Did Bill Gates acquire his wealth by luck or chance?  Or did he produce something that benefited his fellow man, causing people to voluntarily reach in their pockets to pay?

Gayle Cook and her late husband, William Cook, founded a medical device company using a spare bedroom in their apartment as a factory.  Their company specializes in stents and antibiotic catheters.  Now Gayle Cook has a net worth in the billions of dollars.  Was she a winner in the lottery of life, or did she have to do something like serve her fellow man?

Are those who work hard, take risks, make life better for others and become wealthy in the process the people who should be held up to ridicule and scorn?  And should we make mascots out of social parasites?

Obama talked about asking “from society’s lottery winners to just make that modest investment.”  Congress doesn’t ask people for money.  Through intimidation, threats and coercion, it takes people’s earnings.  If people don’t comply, the agents of Congress will imprison them.

Most instructive for us is that Obama’s remarks were made at a university.  Not a single professor has said anything about his suggestion that people accumulate great wealth by winning life’s lottery.  That is just more evidence about the level of corruption among today’s academics.

A civilized society’s first line of defense is not the law, police and courts but customs, traditions, rules of etiquette and moral values.  These behavioral norms — mostly transmitted by example, word of mouth and religious teachings — represent a body of wisdom distilled over the ages through experience and trial and error.  They include important thou-shalt-nots, such as thou shalt not murder, thou shalt not steal and thou shalt not cheat.  They also include all those courtesies that have traditionally been associated with ladylike and gentlemanly conduct.

The failure to fully transmit these values and traditions to subsequent generations represents one of the failings of what journalist Tom Brokaw called “The Greatest Generation.”  People in this so-called great generation, who lived during the trauma of the Great Depression and fought World War II, not only failed to transmit the moral values of their parents but also are responsible for government programs that will deliver economic chaos.

Behavior accepted as the norm today would have been seen as despicable yesteryear.  There are television debt relief commercials that promise to help debtors pay back only half of what they owe.  Foul language is spoken by children in front of and sometimes to teachers and other adults.  When I was a youngster, it was unthinkable to use foul language to any adult.  It would have meant risking a smack across the face.  But years ago, parents and teachers didn’t have “experts” on child rearing to tell them that corporal punishment was wrong and ineffective and “timeouts” would be a superior form of discipline.  One result of our tolerance for aberrant behavior was that, according to the National Center for Education Statistics, during the 2011-12 academic year, 209,000 primary- and secondary-school teachers were physically assaulted and 353,000 were threatened with injury.  As a result of this and other forms of school violence, many school districts employ hundreds of police officers.

Nowadays baby showers are often held for unwed mothers.  Yesteryear such an acceptance of illegitimacy would have been unthinkable.  Today there is little or no social sanction or shame for illegitimate births.  There are no “shotgun” weddings to make the man live up to his responsibilities.  But not to worry.  Taxpayers bear the financial burden of illegitimacy.  Any economist worth his salt will tell you that if something is taxed, expect less of it.  If something is subsidized, expect more of it.  Taxpayers have been forced to subsidize slovenly behavior.  The statistical evidence proves it.  According to the 1938 Encyclopaedia of the Social Sciences, that year 11 percent of black children and 3 percent of white children were born to unwed mothers.  Today 72 percent of black children and 30 percent of white children are born to unwed mothers.

For nearly three-quarters of a century, the nation’s liberals have waged war on traditional values, customs and morality.  Our youths have been counseled that there are no moral absolutes.  Instead, what’s moral or immoral is a matter of personal opinion.  During the 1960s, the education establishment began to challenge and undermine lessons children learned from their parents and Sunday school with fads such as “values clarification.”  So-called sex education classes are simply indoctrination that undermines family and church strictures against premarital sex.  Lessons of abstinence were considered passé and replaced with lessons about condoms, birth control pills and abortions.  Further undermining of parental authority came with legal and extralegal measures to assist teenage abortions with neither parental knowledge nor parental consent.

You say, “OK, Williams, the Greatest Generation is responsible for our moral decline, but what about our economic decline?”  Ask yourself: What are the massive government spending programs that threaten to bankrupt our nation in the future?  The answer would have to be Social Security, Medicare and Medicaid.  Over 50 percent of today’s federal budget is spent on these programs.  Around the time when many in the so-called Greatest Generation were born (1920), there were no such programs, and federal spending was $53 billion.  In 2014, federal spending was $3.5 trillion.

If it were only the economic decline threatening our future, there might be hope.  It’s the moral decline that spells our doom.

Walter E. Williams is a professor of economics at George Mason University. His new book, American Contempt for Liberty, a collection of my columns, is now available.