The hemisphere’s idiot, Venezuelan President Hugo Chavez, will learn who will 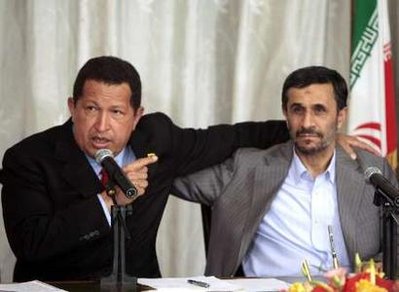 run against him for president of the socialist and terrorist-supporting regime. Chavez, the West’s most dangerous dictator and friend of Mahmoud Ahmadinejad.

Venezuelans voted in their first-ever presidential primary on Sunday, choosing a single challenger to finally end the dictator’s 13 years in office. The current front-runner is Henrique Capriles among five other contenders.

The state-run media is ignoring the primary except to demean the opposition party. Where have we seen that before? Having ‘no ink’ in the state-controlled media, the opposition is almost totally grass roots.

He already has his military (Henry Rangel Silva) in place to make sure he does not lose. Even if he loses. Whoever Venezuelans choose, he or she will be ripe for an ‘accident’ of some sort.