Proving once again that the justice brothers and so-called minority watchdogs like the NAACP are Liberals first, and Black second. On second thought, coming from the Left, ignoring racist comments about black conservatives are nothing new.

To be totally fair,  our President is not exempt from speaking up against racist crap like this either. Especially 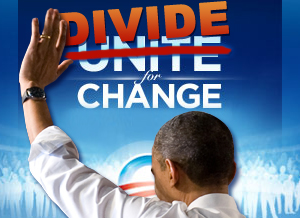 since he said he was going to be the uniter of the races. Actually, he has been anything but.  He just missed another chance here and here to walk the walk.

The latest is the racist comments against Herman Cain. Coming from an online forum called AlterNet. The sorry thing is though, comments like that are common in places where Progressives and Liberals hang out. Go figure.

This is not a very good chapter in race relations under the current regime. Kind of takes the pride out of Black History Month doesn’t it? Seems like we, as a society, are moving backwards in that respect. And the momentum is coming from those who supposedly champion minorities, free speech and tolerance.