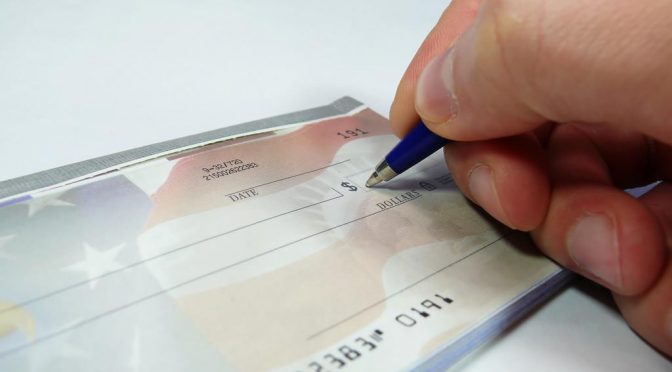 Who knew that Senate Majority Leader Mitch McConnell was a numbers guy? He figured out that the U.S.-Mexico border barrier that President Trump ordered this week could cost a projected $15 billion, once. That translates to $120 per household, based on the latest Census date of U.S. households.

Here is another number that Majority Leader McConnell should be concerned with. How much are illegal aliens already here costing U.S. households? That is $113 Billion. And that translates to  $904, per year per household.

But the pressure on education, health care, infrastructure, prisons, jobs and unemployment are not the only cost. That $113 Billion does not count the people illegals have killed, raped, robbed, and assaulted. All preventable crimes if the border were secure. Can Sen. McConnell put a price on that? Is Sen. McConnell suggesting that Mexico reimburse the U.S. $113 Billion per year?

Granted, even after the border is as secure as possible, and the welcome mat for illegals has been pulled, that $904 number won’t go away in the short term. Once illegal immigration is no longer an issue, it will in the long term.

I know President Trump ran on Mexico paying for it. His bravado. That would be nice. But not necessary. Mexico pays for the wall that they have on their southern border. For as little as it would cost to build, just do it already.

Mexico will “pay” for it in other ways. Like by having to deal with their own unhappy people instead of shooing them here, across the border, and transporting them from their southern border to our southern border, only to send remittances back.

Remittances used to be Mexico’s second highest source of income. Second only to oil. With crude oil prices dropping, remittances are now their highest source of income.  And that amounts to $2 Billion per month leaving the U.S. economy. That’s how illegals “contribute” to our economy. Kind of like how multi-national corporations “contribute” to the economy by sheltering their assets from the onerous tax code.

The bold truth is, the U.S. is not Mexico’s welfare department. And the U.S. isn’t here to be their auxiliary country because of the corruption in their government and the drug cartels. A secure border would not only help keep Americans safer, but it might be the wake-up call Mexico needs to clean up their act.

And on that “big beautiful wall, with a great big door,” post a sign on the south side of the door.  “Para ingresar a los Estados Unidos, diríjase al consulado más cercano. Ellos están ahí para ayudarte. – For entry into the United States, please go to the nearest consulate. They are there to help you.”

Link: Trump’s wall could cost an estimated $120 per US household  |  The Bank of Mexico says money sent home by Mexicans overtaking oil revenues as a source of foreign income for the first time  |  HOW MEXICO FACILITATES ILLEGAL IMMIGRATION