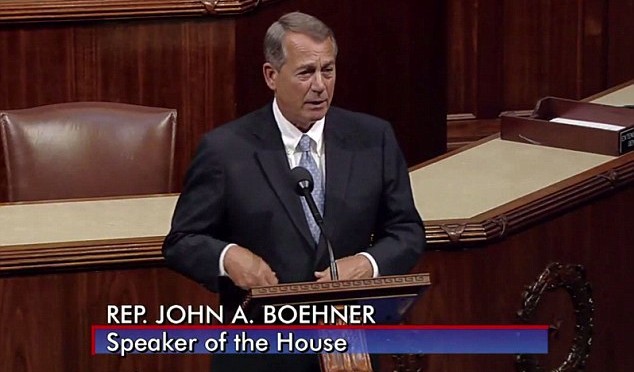 House Speaker Representative John Boehner (R-OH) closes debate on his party’s fifth and final amendment to H.R. 240, a funding bill for the Department of Homeland Security, by noting 20 times President Obama has mentioned respecting the Constitution.

Nice speech. Too bad it took 6 years for anyone to say it on the House floor. Should have heard this 20 times before.

Question is, why is this not on the mainstream media? You know if it was Nancy Pelosi calling out a different president, it would be out there every day for a week.

We’ve heard Speaker Boehner say good stuff before, before elections, then act contrary to what he had said after the election.

Time will tell whether Boehner is finally serious about the conservative agenda he was elected to keep, or this is but a bone thrown to disaffected conservatives and, will find a way to pass Obama’s agenda while appearing to fight it.