UPDATE 5/7/2011: Here is a picture of Usama bin Laden at room temperature.

Despite President Obama’s political calculations, pictures of the dead bin Laden are starting to come out. To think that releasing the culmination of this part of the war would stir up more enemies is ridiculous. They already are our enemy because we are theirs. Not showing them will not change that nor will it change their desire to kill us all anyway.

And this, from the same guy that demanded the release of the Abu Ghraib prisoner pics. Let’s see them all Mr. President. Let our people and our enemy know what happens when the U.S. gets attacked. 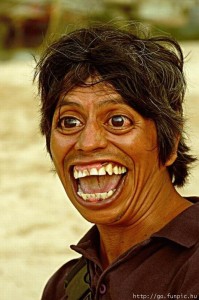 After all, what is a pictorial of the bin Laden years without his parting shot?

Oh that’s right. The picture has not been released. Yet! That won’t happen until  White House Press Secretary Jay Carney tells us just how transparent an administration they are. And the longer we wait, the weaker we look. In so many ways.