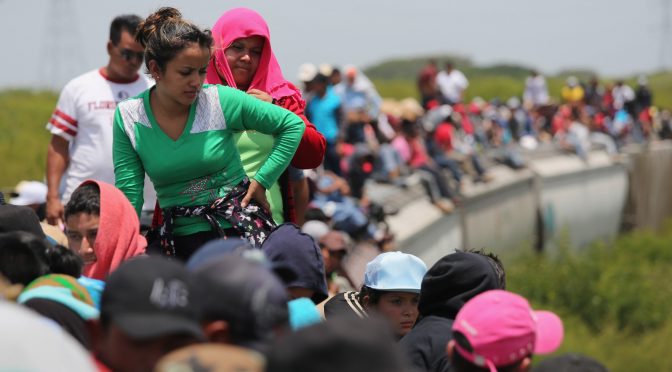 President Obama introduced this mess into our immigration policy. But it wasn’t anything approved by Congress. Its was instead, by Executive Order. He designed the “temporary” work status for an illegal that meets certain criteria for two years. After which, it expires. When something expires, it’s over. Bu Bye!
Designed by the Obama administration, DACA allows for those people to re-apply upon expiration. There’s no guarantee of acceptance of a renewal application. So when these illegals signed the deal, they should have expected to return home after 24 months if/when their renewal application would not be approved.
But of course, Obama never intended that to happen. What he intended to happen was to create  more chaos, leaving room for rogue judges to handle the rest.
This is why Trump wants DACA fixed via legislation, by Congress, and gave some bullet points of what it would include. And, to insure that lawful immigration benefits America.
Even though Trump doubled the number of DACA recipients than Democrats originally asked for, they turned it down. Not surprisingly, the Dems in Washington will have nothing to do with settled legislation on immigration. Well, unless they get amnesty for all (over 20 million), no border security, sanctuary cities/states, and pouring millions more of low-skilled, poor, government-dependent undocumented Democrats. I say that, not only because the stats on party preference among illegals say so, but because they all have come from socialist regimes where they are dependent on their government. For them, voting Democrat is a natural choice.

One thing is for certain, if the illegals tended to identify as Republican by 31% to 4%, they’d be clamoring for border security of the kind that keeps them out. Here’s what immigration reform should include.