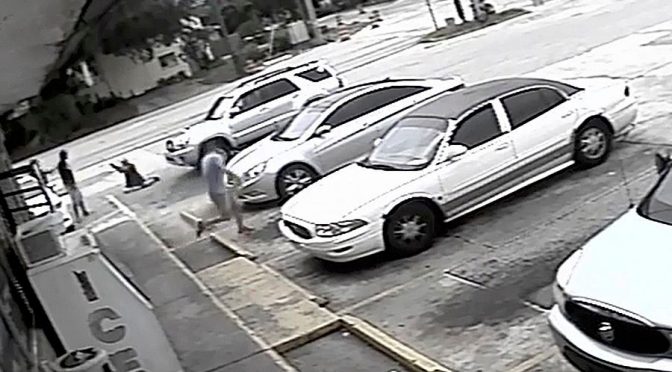 Five years ago, President Obama tried to tie the death of Trayvon Martin to gun violence, bringing to question Florida’s ‘stand your ground’ law.  Even though Florida’s stand your ground law was not part of the Zimmerman case.

Last week Florida Democrats, trying to repeal ‘stand your ground, thankfully, failed to do so. The law came to question again in that fatal parking lot shooting over a parking space. The law does not allow one free shot. In the case of that video, it looks more like a homicide to me. But that’s what trials are for.

Getting back to your right to defend yourself. Why is it that having and using a gun in self-defense is perceived as something racial? Why can’t these Democrats understand that legally having a concealed weapon can save a the life of a Black man too?

Statistically, in the State of Florida, Blacks benefit more, disproportionately more, than Whites in Florida from the stand your ground law.

Black Floridians have made about a third of the state’s total “Stand Your Ground” claims in homicide cases, a rate nearly double the black percentage of Florida’s population. The majority of those claims have been successful, a success rate that exceeds that for Florida whites.

Democrats are advocating the revoking of the basic human right of self-defense, from the very people who are benefiting the most from it, for purely political purposes.

Concealed carry permits are issued regardless of race. It’s an easy four-step process. But depending on where you live, steps one and two may be more difficult.