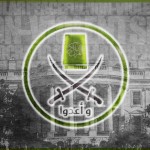 And in the WTF Department comes this. Something that took a FOIA request to get.

Never mind for a moment that there is a war against the West and non-believers going on. It used to be called a war on terror. It’s a war where the aggressors are all radical Muslims. Then consider that the reason your grandmother and 10 yr. old daughter get patted down at the airport is because ‘racial profiling’ is not politically correct. No matter how effective it may be. So you have to wonder why racial profiling is now allowed for members of the Muslim Brotherhood. An organization affiliated with terrorists (Hamas) and listed a terrorist organization, with family ties to Anthony Weiner’s wife, former Secretary of State Hillary Clinton’s Deputy Chief of Staff, Huma Weiner, aka Huma Mahmood Abedin.

This racial profiling dictates that if air travelers are Muslim Brotherhood types, then they will not get the same scrutiny that you and your family receive. They’ll get the VIP treatment that the TSA calls “port courtesy,” normally reserved for high-ranking visiting government officials and dignitaries.

It’s embarrassing how reckless, naive, and downright stupid President Obama is waging this war on terror. Seems like he’s on the wrong side. Or, he thinks the was is over. Were it not for his actions in Egypt, Mohamed Morsi wouldn’t have deposed Hosni Mubarak. Himself now behind bars. The Muslim Brotherhood has been outlawed in Egypt and labeled a terrorist organization, and all their assets there are frozen. Not here in the United States. His stupid head-in-the-sand handling of Benghazi post Muammar Gaddafi is another example. It’s the same kind of “leadership” that gave Syria to Al Qaeda.

As if you needed convincing that President Obama is our enemy from within, this should do it. When is the first impeachment hearing scheduled? Probably not until Speaker John Boehner is replaced. Keep a sharp eye out for this revelation coming from the mainstream media.