Congress just passed a law doing President Obama’s bidding, that of ‘getting those bonuses back.’ These are the same bonuses that the President approved when he signed that stimulus bill on Friday the 13th. That was also the day that the media watchdog died. 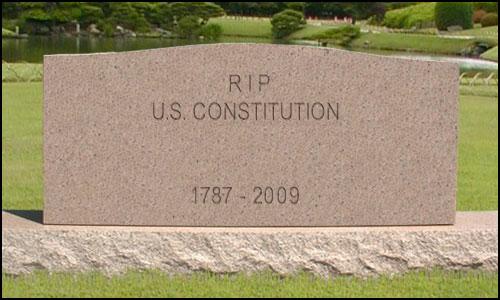 If the day comes that this bill passes the Senate and Obama signs it, that will be the day that our Constitution died.